Bayern Munich which is also known as Bayern Munchen is the top club in Germany which is used to compete in German top professional football league Bundesliga. Bundesliga is considered the world’s 2nd largest league football competition nowadays. Bayern won this most prestigious title highest 25th times where their nearest opponent Borussia Dortmund claimed it only five times. Today, we compare this two teams statistics because this both clubs are going to play against each other in next 14th August, 2016 which will be a part of DFL Supercup 2016. Let’s see this both giants statistics below.

German top tier Bayern played against their league mate total 104 since the beginning where their inaugural match was held in 16th October, 1965 which was also a league match and there Dortmund won by 2 – 0 goals. Since then, many time has passed and they fought 104 times total against each other where Bayern won 48th and Dortmund won 27th matches. 29 matches were drawn. 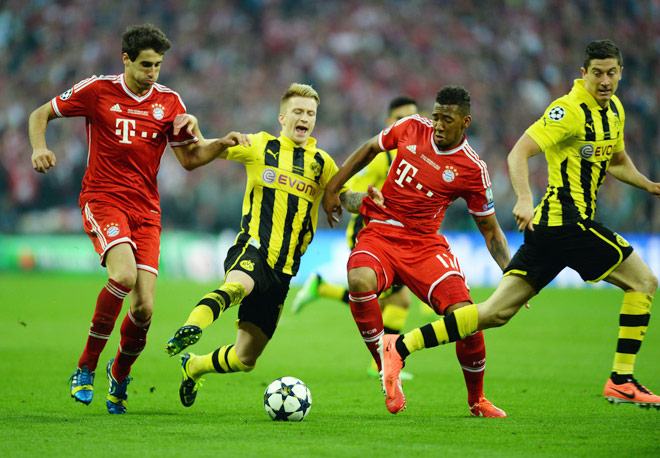 Considering their last five head to head statistics, we can see that the Reds won three and Dortmund won only once where one match was drawn. The Reds defeated the Black and Yellows in their last match by penalty shoot out.

However, this two German giants are again scheduled to play their 105th number match in next 14th August, 2016 in DFL Supercup 2016. In this tournament, Bayern is the defending champion. Here we provide below their upcoming three matches schedule.

# Upcoming Matches (The Reds Vs The Black and Yellows):

# Last Five Matches Results of the Reds: According to the last five matches, Bayern won three of them where lost twice against Milan by penalty shoot out after finishing the game time with remaining same 3 – 3 scores. And lost against Real Madrid by 1 – 0 goal.

# Last Five Matches Results of the Black and Yellows: If we look to the last five matches result of the BVB, they three, drawn one and win rest one match against Manchester United by 4 – 1 goals.

According to above listed statistics, it seems that upcoming match between them will be hard challenging no doubt. But still the possibility goes to the Bavarians. It would perhaps Bayern Munich will win the match.