Football Club Bayern Munich which is Brightly appeared as the German Giants, is a professional football club of German.  The new kit of Bayern for 2016-17 season has been leaked by footy headlines, where they spread out  the all three kit (Home, Away and Third) along with training Jersey of the team. The team considered their traditional color Red and Yellow as they follows all ever. Along side of Red and Yellow there have some white scheme in the kit of the German Giant. The new look of the Bayern kit is quite modern and graceful. This going to be the first time  in ten years the Giants will wear white color short. Remaining traditional combination red and yellow along with white scheme, it’s really a clear and scour look of the FC Bayern.

Home Kit: To approve new design of costume Adidas consisting mostly red colors with delicate aclinical striping on the front. The white plain layer is given on the collar, sleeve cuffs and crew-neck. The brand name adidas placed on right chest as well as the club logo in left chest. 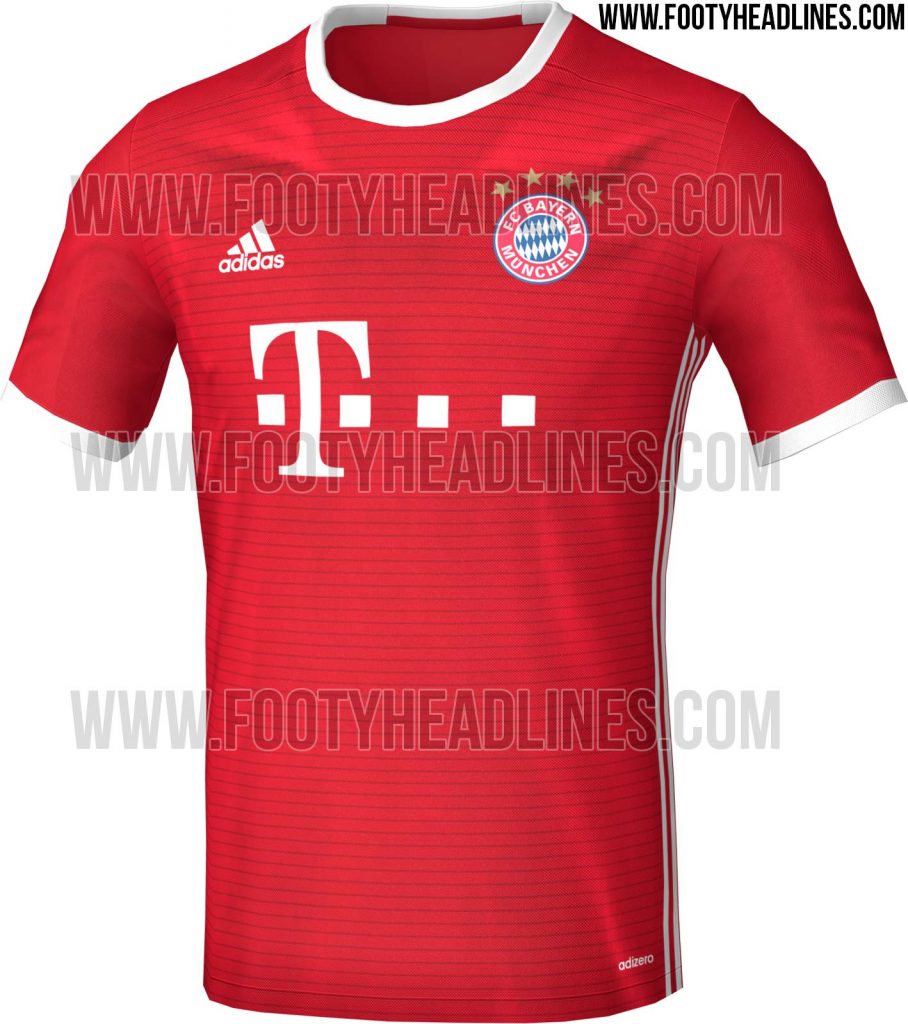 The short color has been trimmed as white color along with red logo and the socks bedeck the same color. It indeed a beautiful and mind blowing combination of red-white-red.

Adidas has been working with Bayern Munich since ten years. The brand always provides some new and latest design for the team. Adidas is the only supplier who linked with Munich for ten years. 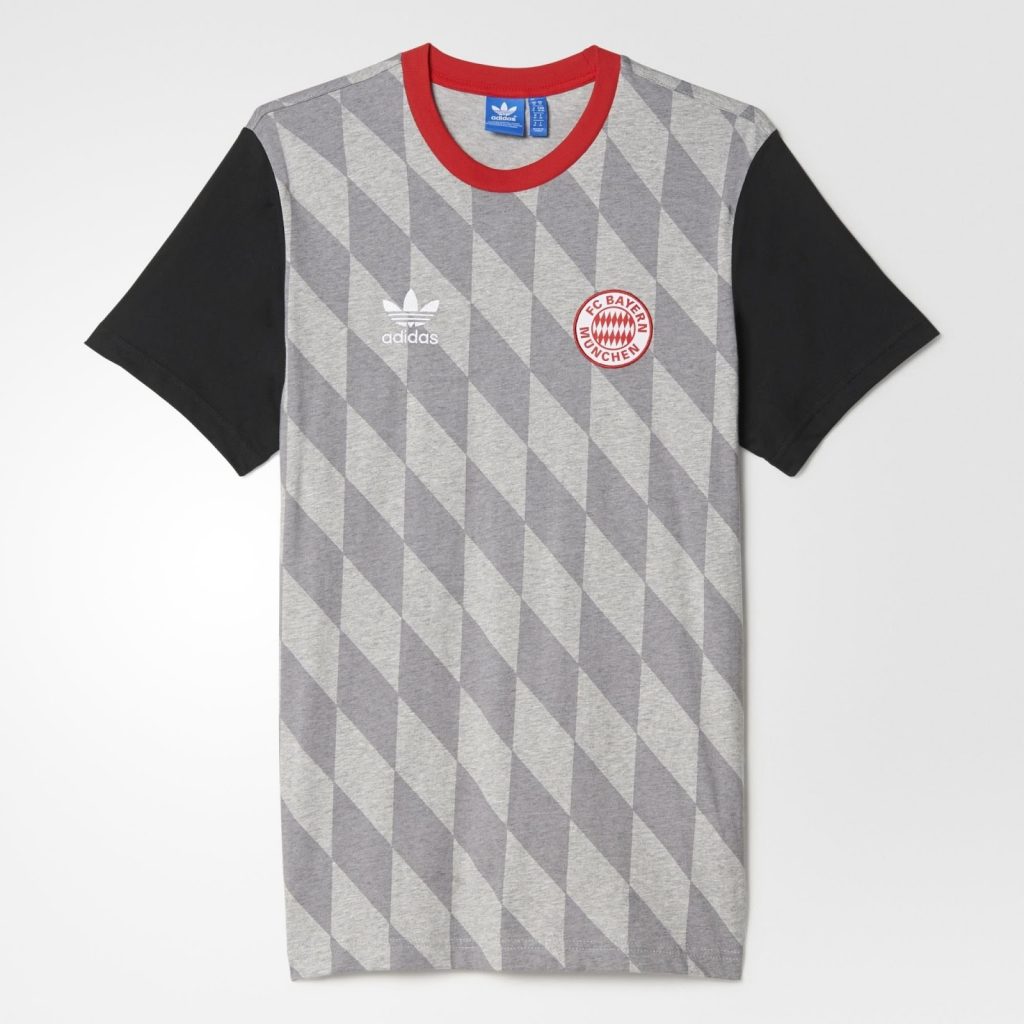 Bayern Munich’s second or away Jersey has been given an unprecedented tone of dark grey. The dark grey tonal vertical strip in front of the t-shirt with the white color sponsor logo which placed in right chest, is looking fabulous. On the other chest FCBM logo will be seen in red color. The crew-neck will be dyed by solar orange as well as Manchester United. The Kit will be untied in front of the world on upcoming July.

Third Kit: The Adidas based on white color to assist third Jersey for 16-17 along with red and grey accents. The iconic logo of adidas set on right chest and the team logo trimmed on right chest. 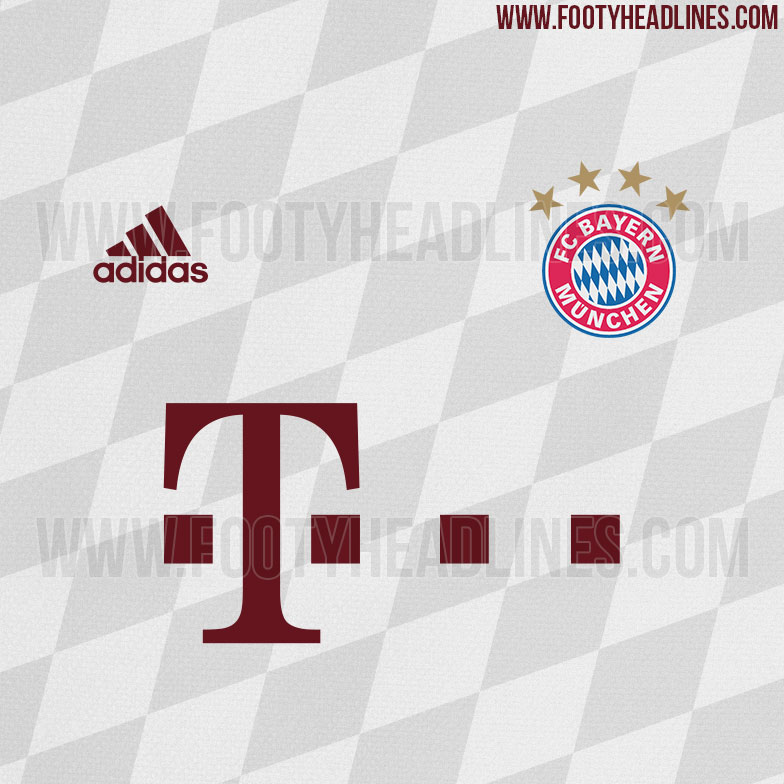 The red shorts and white socks will give the uniform a perfect glance. Actually the color which is inspired by the Bayern Munich crest as well as  the Bavarian flag. 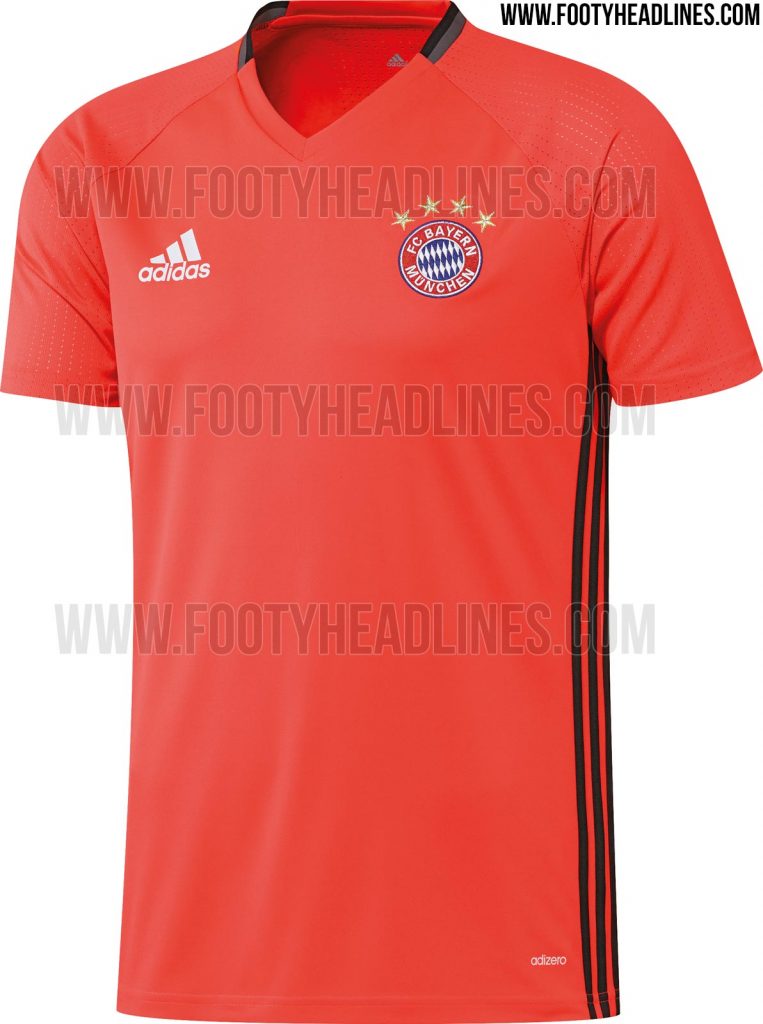 The jersey has been set mostly solar red with black in back collar. Under the both sleeves it is striped by black color. The jersey will available in upcoming May.

In the football association a uniform refers a very important role and individual accents of the team and also for the players. Accordance to the sport’s Laws a player must be wear a minimum kit or Jersey on field. It is also the individual identify of a team. Normally the players conducts the home kit and aspects of some different shore they use away or third Jersey. A jersey or kit always refer the team and sponsor logo so that people recognize their pet team effortlessly. So guys keep eyes in our site to get your favorite team jersey.