Bundesliga title winner Bayern Munich is going to play against English renowned club Manchester which will be a club friendly match.

The FCB is considered one of the top club in the world nowadays as well as the most successful club. They won highest 25th times Bundesliga tile. On the other hand, the Citizens is the world’s sixth most valuable club which net worth is $1.92 billion. But their current performance is so poor. 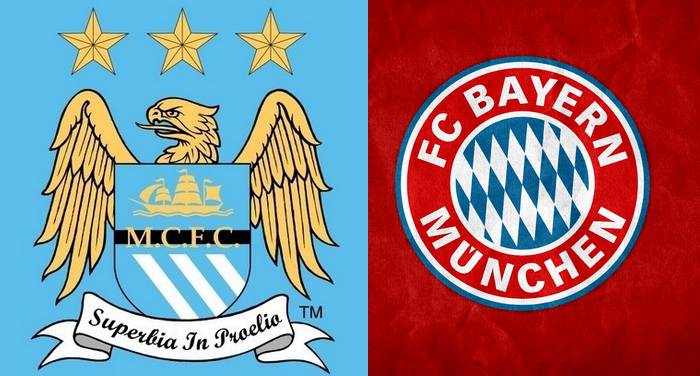 Let’s take a look below where their upcoming match details is given.

The Bavarians played with the City in 27th September, 2011 first time where the defeated the City by 2 – 0 and last time they faced in 25th November, 2014 in UEFA Champions League where the City won by 3 – 2 goals.

Last Performance of Bayern Munich: The Bavarians is the top contender of German Bundesliga wher in last 2015/16 season, they played totally 34 matches where they won 28 of them with only two matches lost. Rest 4 matches were drawn. They have gathered 88 points at the end of the season which has made them the crowned champion.

# Key Players of the Bavarians: Polish striker Robert Lewandowski who is the current player of the Reds, is announced the top goal scorer in Bundesliga 2015/16. He scored highest 30 goals so far in this season. Robert Lewandowski really showed his brillian performance in last season where he has achieved a hat trick against VfL Wolfsburg in 22nd September, 2015. Based on his tripple goals, the Reds beat them by 5 -1 goals. Besides, another player of the Reds, German Thomas Muller scored 20 goals which has made him 3rd in position. They have also the world number #1 goalkeeper Manuel Neuer who is the vice captain and Chilean midfielder Arturo Vidal who should be in count. German defender Philipp Lahm is their current skipper.

# Last Performance of Manchester City: According to the last statistics, Manchester City did not win any matches but to lose two of them and drawn three. Southampton defeated them by 4 -2 goals and Real Madrid beats them by 1 – 0 goal. Their last match was played against Swansea City where the mathc was drawn by 1 – 1. They did not start their pre season journay in this season yet.

# Key Players of Manchester City: Argentine striker Sergio Aguero would probably the trump card of the City who was selected the player of the year in 2014/15 season. Another Argentine Nicolas Otamendi would possibly play their next match due to his amazing activities in last Copa America. Vincent Kompany is the current skipper and one of the best defender of the team City.

# Prediction: Though, both two teams won equally while facing each other but it will not help. Current statistics says that the Citizens have not enough strength to fight German giant the Reds. But, sometimes in field, the statistics can be changed. So, based on this, the prediction is – Manchester City 1 – 3 Bayern Munich.