Borussia Dortmund is a professional football club based in Dortmund, Germany which is officially called Ballspielverein Borussia 09 e.V. Dortmund  and various nickname like The BVB/ BVB/ Dortmund/ Borussia Dortmund etc. Dortmund used to participate in world 3rd biggest football league named Bundesliga which makes it one of the most popular club worldwide. Founded in 1909, the BVB is one of the most successful club in Bundesliga which has grabbed 5 times title of Bundesliga, 8 times German Championships, five times DFL Supercup, one time UEFA Champions League and so many trophy. 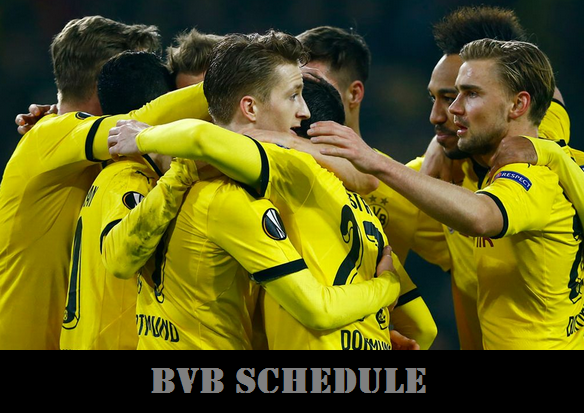 Now, 2015/16 season of Bundesliga has almost gone and next season will start soon enough. It’s probably in next August, 2016 when 2016/17 season will begin like before. So, like every club, team Borussia also will take preparation to fight in next season. In the meantime, he Black and Yellows will play two matches which will be their pre season tour match which will also part of International Champions Cup which will be placed at China. Team BVB will take it as a preparation match for next season in Bundesliga. So, let’s see their pre season tour schedule below.

It has been long hundred and six (106) years since the BVB founded in 19th December 1909, and now they have become one of the most strongest and popular team which is examined the 11th largest club in the world as well as 2nd largest sporting club in Germany. Their home ground is Westfalenstadion which is also the biggest stadium in the Germany.

Ruhr and Bayern Munich are the two most rival club of team he Black and Yellows. Thomas Tuchel is given manager of the BVB. Michael Zorc is the most appearances player of Borussia Dortmund by playing 463 apps where the most goal scorer player is Alfred Preissler by scoring 168 goals.