The five time champion Brazil going to play their first group stage match against Switzerland. The Samba team very confident in their performance this season. They played outstanding in World Cup qualifying matches. They had lost only one match out of eighteen. In the FIFA ranking their position being in second. With their impressive performance they qualified first for the competition. This time they are so agressive. Recently they defeated World Champion Germany. So the match will be sotough for Switzerland.  Rostov Arena will be hosted the game on 17th June at the local time 19:00. Here the Brazil vs Switzerland preview given in below. Aftre reading the detail you can guess the match result so far. 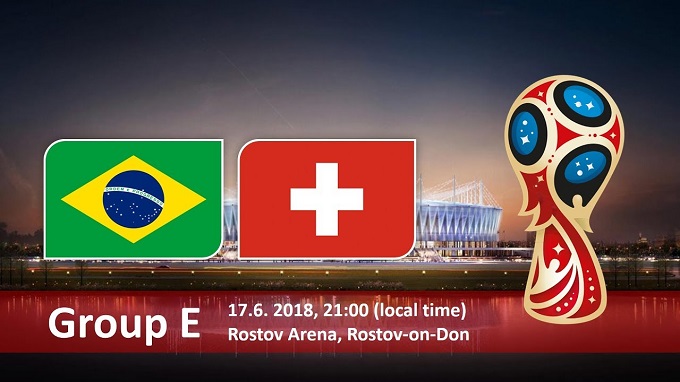 Brazil having a great squad along with Neymar, Coutinho, Douglas Costa, Firmino, Willian, Paulinho, Gabriel Jesus and so many others. It is a brilliant squad of the year so far. This season they playing for the trophy. With the star players Tite’s team going on a full speed. If we look back to their last five performance they have no beaten result. After defeating Germany recently, their confident level reached so high.

Switzerland also a good team but their luck not so good that they going to face Brazil in their first match. And most of the players are so young of their team. So for Brazil it will be not so tough to defeat the opposition.However their attempt is to be play decently, not to give up hope.

Brazil being one of the favourites of Russia World Cup. Actually they have not forgot the last incident against Germany 0f 7-1 goals. Not only the group round their target to reach the final of the event. So this time they come to grab the title.