Burnley FC will continue their journey in the English top flight as they once again retain a place in the EPL. In fact, it is going to be their 5th consecutive as well as 58th campaign in the highest tier domestic football competition in England. Although the Clarets are one of the lowest paid sides in the Premier League, they have done pretty much well under Sean Dyche in the recent seasons. In this article we will present you the salary chart of the Burnley FC players for the 2020-21 season along with the latest signings made by the Turf Moor based side. 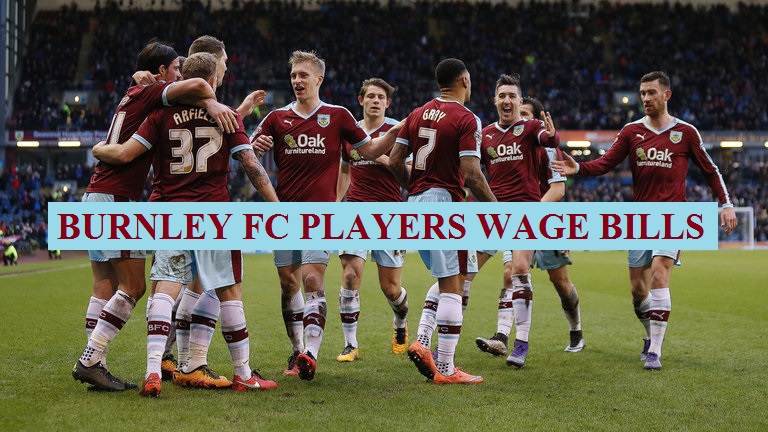 Burnley FC players’ complete salary chart for the 2020-21 season has been presented below.

Center back Ben Mee is not only the club captain but also the highest paid Burnley FC player at this moment. The 30 years old English man receives 55 thousand GBP per week for his services for the Turf Moor based side. He pockets around 2.86 million pound in a year apart from the bonuses. Mee’s compatriot as well as partner at the heart of the defence, James Tarkowski is the 2nd highest paid player for the Clarets. The 27 years old defender gets 50 thousand GBP per week which helps him earning 2.6 million pound in a year. However, he shares the 2nd spot along with forward Chris Wood who also receives the same amount of money for his services. Following them, forward Ashley Barnes, midfielder Josh Brownhill as well as defender Ben Gibson, each of them earns 40 thousand GBP in a week. So each of the mentioned trio takes home 2.08 million pound per annum. With a weekly wage fee of 38 thousand, defensive midfielder Jack Cork bags just a little bit less than 2 million GBP in a year.

The list of the latest signings made by Burnley FC, has been given below.

Ahead of the fresh new 2020-21 campaign, the Clarets have made a few major signings along with some minor ones. They have brought in Will Norris from another EPL side Wolverhampton Wanderers. The goal stopper has joined the Turf Moor based side for an undisclosed transfer fee. He was followed by Dane McCullough just 3 days later. The left back from the Northern Ireland joined them from his homeland based side Portadown. They have also signed center half Jack Leckie from Newcastle United just a day later. Sean Dyche’s side has also added some players on free transfers. Right back Keelan Williams along with center back Dan Sassi and shot stopper Marc Richter joined Burnley in free transfers.