CONCACAF Gold cup is going to be held in North America, to be specific United States are going to host the CONCACAF gold cup of 2017. 12 teams from North America, Central America and Caribbean zone will participate in this prestigious tournament. Already 11 teams has been qualified and another one is yet to come through the play-off.

Now, winner prediction a world tournament like this one is always hard because national teams like USA, Mexico, Canada going to fight in same platform. In total these three teams won all of the previous titles of CONCACAF Gold Cup. Just to be mention that Mexico is the current title holder. They have won the title for 7 times including the last one. So, they are clearly ahead from others. But, as football is an unpredictable game, having chance for USA and can’t be denied as they also have won the title 5 times. Just another reason to count them as the 2nd favourite as they will be playing at their home ground. 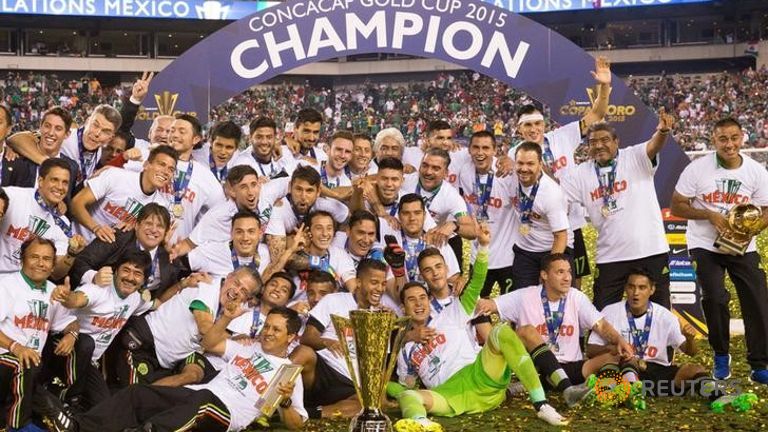 Comparing with these two, Canada is in a bit back foot winning the title only once. Now, If we talk about the mighty Mexico, they have plenty of good players playing for big clubs all over the world. Such as, Ochoa, Moreno, Layun, Reyes, Herrera, Molina, Dos Santos, Javier Hernandez, Carlos Vela etc those are very good at their own game. The biggest name of them is Javier Hernandez whose performance is in pretty good for his current team Bayer Leverkusen. He has scored 5 goals in his last 9 matches for Leverkusen. And he also has the most individual goals for his country of this current lineup. He has 46 goals in 89 matches till now. They also have footballer like Carlos Vela and Peralta who have good records in national team jersey. Moreover, Mexico is now in a very good form, they have won 4 of their last 5 international matches and another one was ended in draw. So, they have highest chance of winning Gold cup title.

Now, about United States of America, they have a team of combination of old and young players. They have older players like Bradley, Dempsey, Tim Howard as well as youngsters like Pulisic, Zimmerman etc. Bradley has already played in 129 international matches for his national team and Dempsey has played in 131 matches. So, definitely their huge experience will come in handy. But the bad factor is their age. Dempsey is 34 and Howard is 38, Bradley is little less 29. The current form of this USA lineup is not very good. They have won just 2 matches of their last 5 and lost 2. Even if they have won the very last game by a huge 6 goal margin, but it was against comparatively weaker team, Honduras. Though they have got the likes of Clint Dempsey, Altidore they will have some difficulty, if they have to face the Mexican side. And their recent form is also not good against Mexico. They have lost by 2-1 in the last head to head.

Costa Rica should be call the dark horse of this largest tournament of North & Central America because of some specialist, skilled & talented footballer of this nation. Into the last world cup 2014, they have proved their skill as well. Though the Costa Ricans performance was extremely poor in Copa America Centenario 2015 and last Gold cup 2015 but still they are balanced team with huge capability.