Chelsea and Liverpool are the two big clubs in English Premier League which are going to compete in upcoming 4th edition of International Champions Cup 2016. ICC is a football competition which used to held annually where some renowned clubs from two different confederations usually participate. This year, almost seventeen clubs have participated here where the season has started in 22nd July, 2016. The Reds and the Blues are going to fight in this ongoing tournament in next 28th July, 2016. Let’s have a look below where their upcoming match details is given. 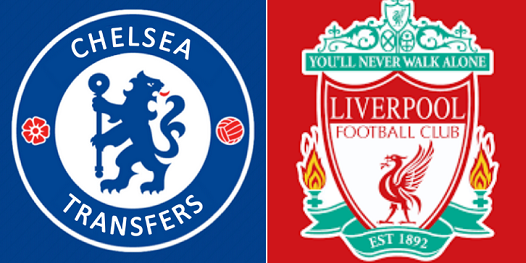 # Field Details: Upcoming match between Liverpool and Chelsea will be staged at Rose Bowl which is located in United States. It is the world’s 17th largest stadium and 11th largest arena of United States by its capacity. It has 92,542 which can be extended to 106,869. Here we provide some short information about this ground below.

# Live Telecasters: Upcoming match will be one of the biggest match in coming International Champions Cup 2016. So, it will be televised by many satellite networks to cover the whole world where Chelsea TV will show all Chelsea matches and LFC TV will telecast the Liverpool matches only in United Kingdom. Here we present some famous broadcasters list below.

Liverpool and Chelsea are the two English giant clubs and they were played against each other almost 175 times so far since the very beginning. Chelsea won 61 matches where Liverpool won 76 matches. Rest 38 matches were drawn. They first met in 25th December, 1907 which was the League Division One match and there Chelsea defeated the Reds by 4 – 1 goals.

# Last Five Matches Results (The Reds Vs The Blues):

As stated their last five matches between them, the Blues won one where the Reds won one. Rest three matches along with their last meeting in 11th May, 2016, all matches were drawn.

# Last Season Statistics in EPL (Chelsea): The Blues have finished their last season in Premier League by standing in 10th position in EPL point table where they have played total 38 matches and won 12 of them. At the end of the season, they have been able to gather 50 points so far.

# Key Players of the Blues: Team Chelsea is currently led by English defender John Terry who is a proven skipper. Eden Hazard is the remarkable midfielder and obviously need to mention about Spanish Diego Costa. He is the highest goal scorer in team in the Stamford Bridge in last season of EPL by scoring 12 goals so far. Michy Batshuayi and N’Golo Kante are their newest addition in this season who would be their key players.

# Last Season Statistics in EPL (Liverpool): Last EPL season was the 53rd consecutive season of the Reds where they have completed by 8th in ranking. According to the schedule, they played 38 matches totally against 19 differents clubs where two matches against each club. They won total sixteen matches where lost 10 and drawn 12. They achieved 60 points at the end of the season.

# Key Players of the Reds: Brazilian striker Roberto Firmino is the top goal scorer in the Reds in last EPL season by scoring 10 league goals. English forward Daniel Sturridge scored 13 goals of all competitions in last season. Along with them, Sadio Mane and Christian Benteke are also the key players of the Anfield.

# Prediction: It is very hard to say which team will win at the end because they are the almost same ranked team according to their current performance. So, their next match would probably draw.