The UEFA Champions League, commonly known as the Champions League which is an annual continental club football competition arranged by the Union of European Football Associations (UEFA) and contested by top European football clubs. 2016 UCL is 24th edition since it is renamed to UEFA Champions League. In this event, Chelsea and Paris Saint Germain is two famous league who could possibly win this title. First, take a look about Chelsea. Chelsea F.C is a professional football club based in London which competes in English Premier League standing in 13th position in the point table. On the other hand Paris Saint Germain Football Club, simply known as PSG is a French professional football club plays in French Ligue 1 which is currently standing in the top position in Ligue table. Chelsea and PSG will face against each other in next 17 February 2016 on their first leg named round of last sixteen in CL.

According to the opinion of football genius and fans, this two matches could possibly be exciting. So, lot of football fans are waiting eagerly to enjoy this such kind of biggest match. 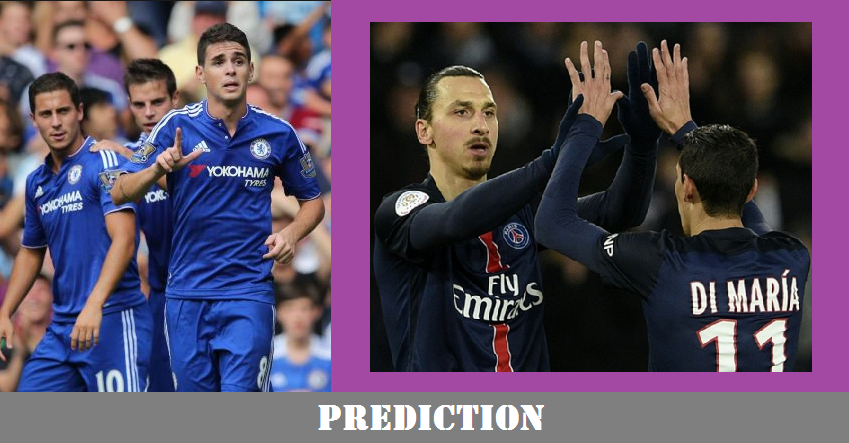 Last they face against each other in 11 March 2015 in champions league and the match was drawn by scoring 2-2 goals. Yes of course, the previous statistics says that Chelsea has opportunity to win these matches and their current performance is good enough. According to the last two matches performance of Chelsea is too good. They did a great job destroying MK Dons in FA cup in fourth round by scoring 5-1 goals. But in next match against Watford in premier league they did not play well enough to win. They have drawn this match. Moreover, Chelsea won the title of Champions League once in the year of 2012. Overall, the previous statistics and the current performance of Chelsea is sufficient to win but reality can not depend on demography. Cause of current extraordinary performance of PSG which makes them favourite not only in this two matches but also in this Champions League tournament and they are one of the opponent to claim this title for the very first time in the history. According to the recent calculation, PSG has won last twelve matches in French Ligue 1 and became the number #1 club in Ligue 1.They have played deadly matches. So, their confident is well enough to destroy any opponent as stated by their performance. So, this two matches should be high voltage and entertaining.

On the other hand, it is a difficult job to select best eleven for PSG cause most of their players current statistics is too well. Silve, Di Maria, Moura, Lavezzi, Ibrahimovic all are playing well and got goals and contribute the team’s achievement. They should be in possibly best squad. Possibly best eleven is listed below.

The previous results favour Chelsea but current performance of PSG is better which makes them hot favourite. May be it’s time for Paris Saint Germain who will win both two legs of round of last sixteen possibly select for next round.