As the summer transfer window is approaching, like all others Premier League clubs, Newcastle Utd also have listed whom they want to sign. However, some players from their current squad are ready to leave as well. The list consists of 6 players at this moment. Take a look at the list of the players who may leave the St James Park in the upcoming July :

Javier Manquillo : The Spanish full back signed for the club by Rafa Benitez. However, the former Liverpool left back just made 13 appearances under Steve Bruce this season. So we can smell huge chance of the defender to leave the club in the upcoming summer transfer window. 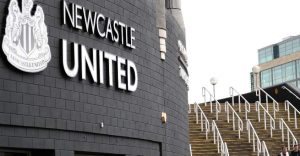 Matty Longstaff : The midfielder is having conversation with the club over a new deal. But he along with is brother changing agents. Thus the conversation is going on and nothing is clear at all so far. Only time can answer whether he will remain a part of The Magpies.

Andy Carroll : The experienced forward too has held talks with the club over a new contract. Although reports suggesting that the club will offer the 31 years old footballer a contract extension, there remains some dubitation. His time at the St James Park may just coming to an end.

Jack Colback : Another midfielder on the chart. Colback was to go out on a loan deal in the last January. But the former Black Cats midfielder suffered a knee injury and his loan deal was not possible. Thus now he will make his way out of Steve Bruce’s squad when his contract expires at the end of the season.

Rob Elliott : The goal keeper didn’t get a game throughout the season. Thus he is expected to leave when the transfer window opens. Although nothing is certain but experts guess that he will move to a new destination if any other club offers him regular football.

Jamie Sterry : The right back hasn’t made any first team appearance this season except just in the English Football League Cup (EFL Cup). Thus we can’t see any future for him at Newcastle. The 24 years old defender is ready to leave the side in this upcoming July.

Generally, the summer transfer window sees a lot of changes in the destination of the footballer. The above mentioned footballers have failed to concrete their position in the St James Park based club. Thus it is only a matter of time for them to leave Steve Bruce’ side.