Colombia  paired with Japan in their first match in group H. Poland and Senegal also in the same group. They have very talent team in always. Last season they ended in quarter final round so far. This it also their target to get a good position. It being the Tuesday first match which will be played at 13.00 of local time. BBC network will cast the game live. It also be find in online. The game hosted in Mordovia Arena, Saransk. The both side played three time in before where Belgium lead with 2 games along with one draw. Here the full detail is given below.

When the event held on: 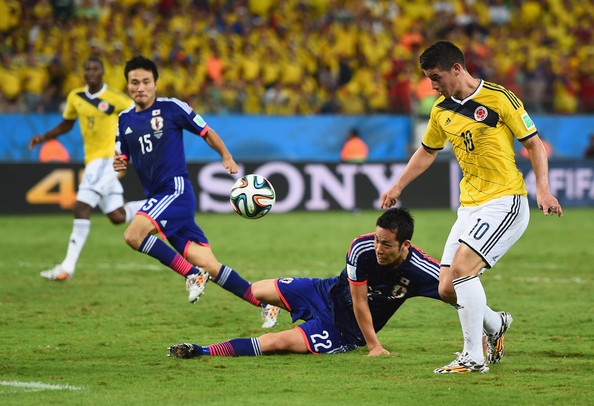 Next matches of Colombia:

Next matches of Japan:

The Colombians being the team, which quietly fantastic team. They are a decent participant of the World Cup competition. As their star footballer James Rodriguez in a very good form in recent time. Besides him the colombian having Carlos Bacca, Radamel Falcao and Luis Muriel. Apart of them, They have very talent guy so far. In a word they all are experience footballer by playing in different biggest club. They are favorite of the game. But nothing is certain in the football. Sometimes there happening many surprising thing. And when it’s the matter of Japan, they are quite good this season. In the next matches they will face Poland and Senegal and it will be easier to the Japan. But with Colombia it will be not so easy.

Japan is also good, to play European club they gather much experience. Kawashima, Hasebe, Sakai, Shibasaki, Asano, Osako, Kagawa, Okazaki and Muto all liked with big club and biggest competition like La Liga, Bundesliga and Ligue 1. So, it is expected a good fight between them. If we see the H group, Colombia being the strong participant of the side and they have the quality two progress in the next round. However the match will be very fighting so far. The both side taking preparation for the match.