Upcoming season of Copa America will be the 47th edition of CA. It will be hosted in Argentina and Colombia in 2020 which will be the 5th times for Argentina to host this tournament. Basically, CA is a South America’s largest football competition where only CONMEBOL teams participate. So, in next season it will be the same. 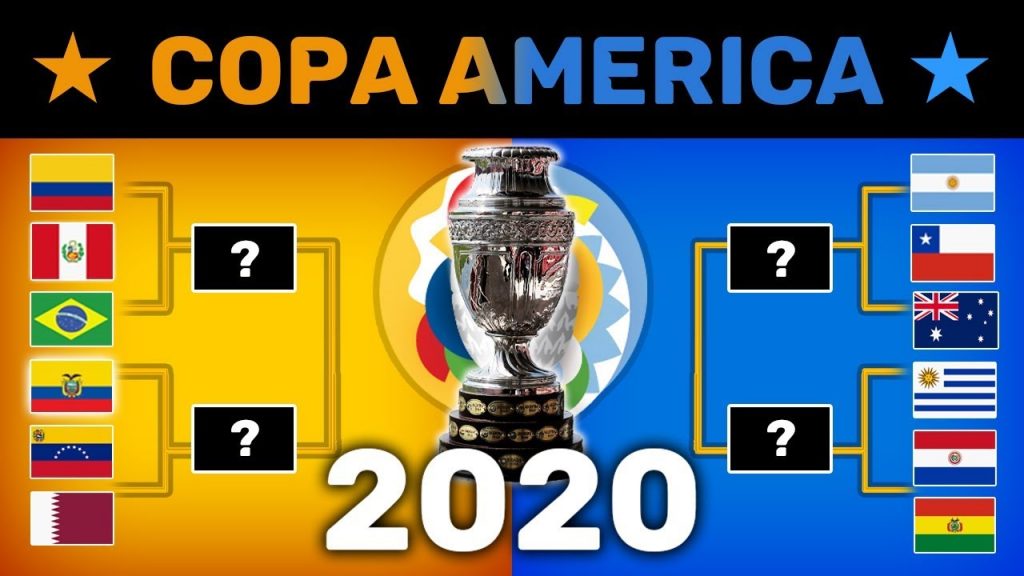 Total twelves teams will compete in upcoming edition of CA 2019. Among the, almost ten are already selected by now. The rest two teams are not announced yet. They will be invited from the outside of CONMEBOL. Here we present the participants list below.

Since the beginning of this south American competition in 1916, total eight teams have won the titles. Among them, Uruguay is the most successful team by winning 15th tiles where Argentina is in 2nd position with 14 trophies of CA. Team Brazil have got Nine titles. Chile, Paraguay and Peru won two titles each where Bolivia and Colombia won one trophy each.

Last two season ago in 2016 which was the centennial event of CA, Chile defeated Argentina in final by penalty shoot out which was the pathetic news for Argentina because they are still the number #1 team and also was the hot favourite. They defeated Chile in the same tournament in group stage but due to bad luck they again tested the lose in final which was just the repeat of 2015 final.

Brazil won the tiltle of Copa America winner in last 2019 season. One of the biggest football tournament Copa America 2020 schedule has been revealed from 12 June to 12 July, where total nine venue will be hosted in nine cities by Argentina and Colombia.

Copa America 2020 will be played according to round robin formation. Total twelves teams will be divided into three groups where four teams in each. Every team will play three matches against others. At the end of the group stage, top two teams from each group along with two best placed 3rd teams will qualify for next quarter final.

Though CA generally placed once after every four years since the beginning but upcoming season will be placed after three years. Cause last season of CA was the anniversary competition. Due to the completion of hundred years of Copa America, in 2019 it was hosted in Brazil where total twelve teams had competed. Both CONMEBOL and CONCACAF arranged that centennial event of CA. So, upcoming season will be placed in regular time. And Brazil was winner of the Cup.

The CA is one of the most prestigious which is currently considered the world’s 3rd largest as well as top south America football competition. It is also one of the most viewed sporting event and so, the next event in Brazil will broadcast throughout the world. Till now, some satellite networks have confirmed to broadcast next season. Network Ten will broadcast in Australia, Rede Globo in Brazil, Caracol TV in Colombia, TV Tokyo in Japan, IRIB will show in Iran, Televisa and TV Azteca holds the right to broadcast in Mexico, BT Sports will show in United Kingdom and Univision and Telemundo have confirmed to telecast this biggest tournament in United States.