The South American Football Championship, simply known as Copa America.It is an International football competition determining the continental champion of America which is one of the most prestigious and most widely viewed sporting events in the world now a days. Though last year it was held too this year 2016 it will be held again cause of completion of 100 years of Copa America. This is why this year Copa America is called Copa America Centenario 2016. This year CA will be held on United States which will be the first time hosted outside of South America. This tournament will be the 45th edition since its inception in 1916. This year total sixteen world’s most famous football nations will participate in this tournament and so as well as their famous footballers. There are lots of renowned footballers will play in this such kind of biggest tournament to prove themselves and to show their quality. Some of them are very talented footballer and some are new here want to prove as worthy. So, let’s take a look about the top ten superstars in Copa America 2016 which is listed below.

[Still there is confusion that he can’t play Copa America 2016 or, not but as the most successful performer of US Soccer, we kept him in No. #10] 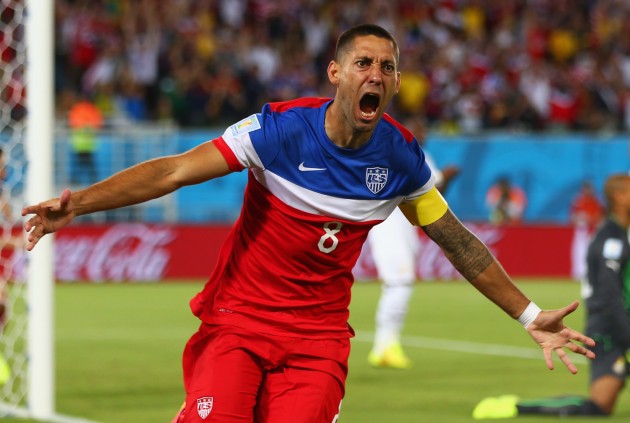 Clint Dempsey is a talented American soccer player who plays for Seattle Sounders FC and as a captain of United States national team in the position of forward and attacking midfielder. He also played for New England Revolution, Fulham and Tottenham Hotspur. In the year of 2015, he has got 9 goals in 9 apps.He also has got many awards like CONCACAF Gold Cup Top Goal scorer: 2015, U.S. Soccer Athlete of the Year: 2007, 2011, 2012, Honda Player of the Year: 2006, 2011, 2012, MLS Rookie of the Year: 2004 and so on which makes him number #10. 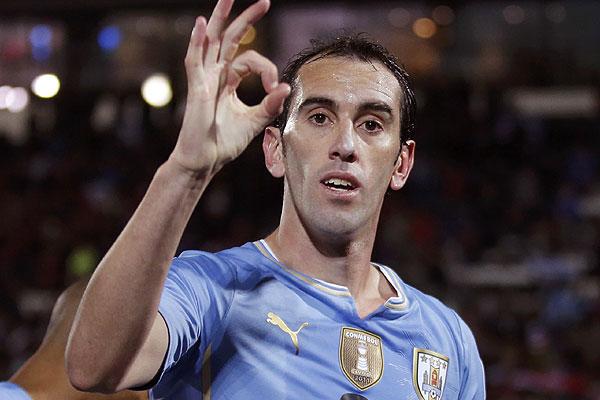 Diego Godin is a professional Uruguayan footballer who plays for the club named Atletico Madrid and Uruguay national team squad as a defender. His last goal was against Chile at the date of 17 November 2015 where they won by scoring 3-0 goals in FIFA World Cup Qualification 2018. He also got some individual awards like La Liga Player of the Month: April 2014, May 2014 and so on. 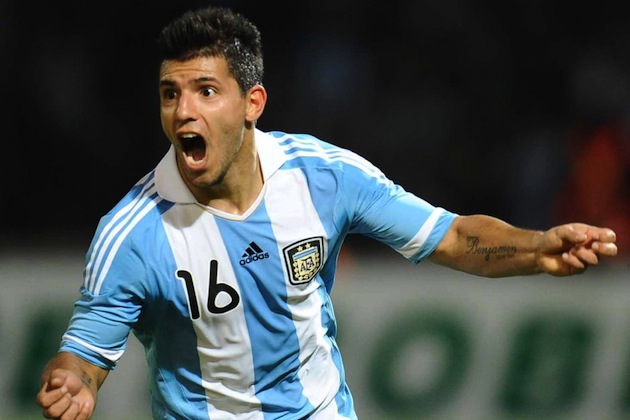 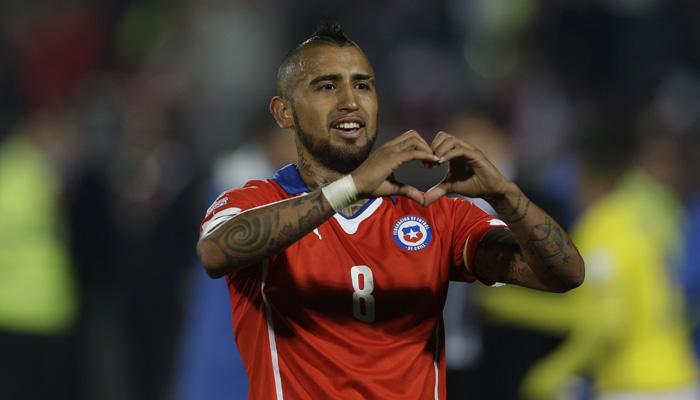 Arturo Vidal is a Chilean footballer who plays for German club Bayern Munich and the Chile national team as a midfielder. He also played for Bayer Leverkusen and Juventus. The season of 2015-16 in Bundesliga, he has got 2 goals by playing 19 apps. And in International, he has got his last goal against Colombia where they drawn by 1-1 goal in FIFA World Cup Qualification 2018. 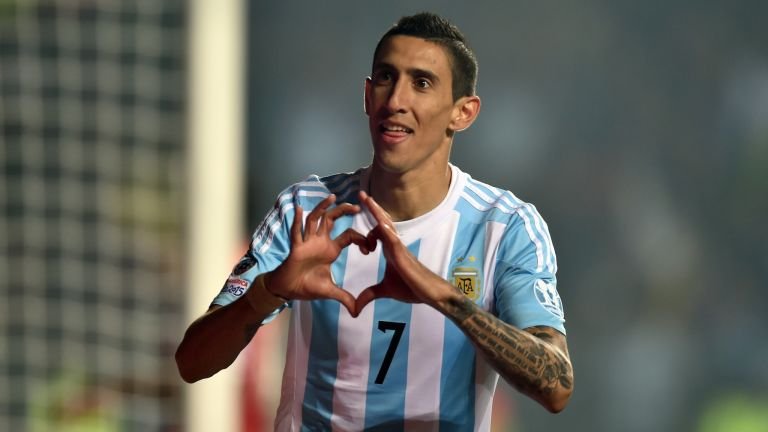 Angel Di Maria is an Argentine professional footballer who plays for French club Paris Saint-Germain and the Argentina national team where he can play as a winger or attacking midfielder. He also played for Rosario Central, Benfica, Real Madrid and Manchester United as well. His current performance is too good. The year of 2015-16 in club, he has played 17 apps and has got 8 goals. And in International format he has played 9 apps where he has got 4 goals. He is one of the best midfielder now a days. He should be in number #6. 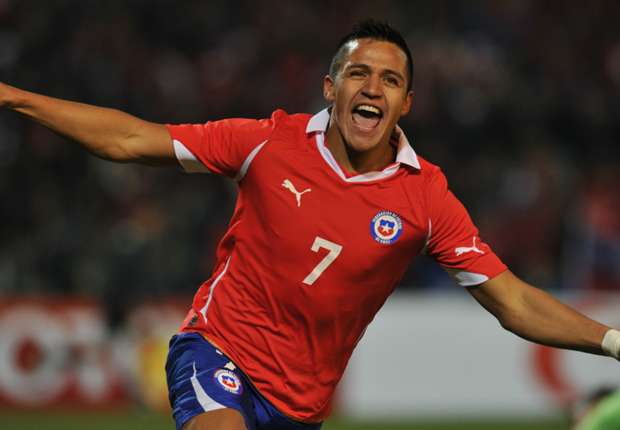 Alexis Sanchez is a Chilean footballer who plays for English club Arsenal and the Chilean national team as a forward. He also played in different clubs named Cobreloa, Colo-Colo, River Plate, Udinese, Barcelona and Arsenal. On 10 July 2014, Sanchez signed for Arsenal on a long-term contract in exchange for around £35 million. He is one of the top ranked footballer now a days. In the season of 2014-15 & 2015-16 in club, he has totally played 50 apps and got 22 goals. And for Chile national team, in the year of 2015, he has totally played 14 apps and got 5 goals. 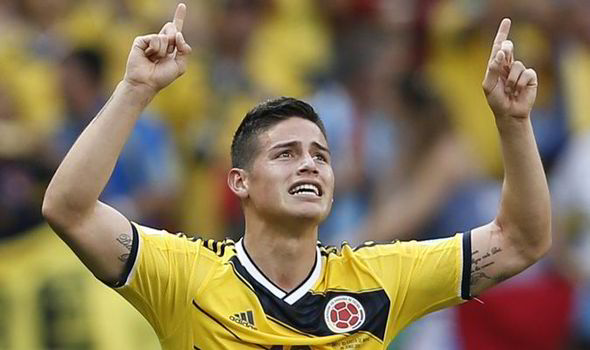 James Rodriguez is a Colombian professional footballer who plays for one of the Spanish giant club Real Madrid and the Colombia national team as an attacking midfielder or winger. He also played for Envigado, Banfield, Porto and Monaco. The season of 2014-15 & 2015-16 in club, he has totally played 42 apps and has got 17 goals. In International format, his last goal was against Chile by scoring 1 goal where they drawn by scoring 1-1 in FIFA World Cup Qualification 2018.He has got lot of individual awards.

Neymar is a Brazilian professional footballer who plays for Spanish club FC Barcelona and the Brazil national team as a forward or winger and he is also the captain of the national team. He also played for the club named Santos.He is one of the renowned, famous and talented young footballer in this time being. His current performance is extraordinary. In the season of 2015-16, he has played 18 apps and gained 16 goals for club football. And for Brazilian national team 2015, he played 9 apps and got 4 goals. He has gained lot of awards like Brazilian Silver Ball: 2010, 2011, Brazilian Golden Ball: 2011, Golden Boot: 2010, 2011, 2012 – Most goals in all competition in Brazil, Copa do Brasil Top scorer: 2010, South American Youth Championship Top scorer: 2011, FIFA Club World Cup Bronze Ball: 2011 and so many. He should be in number #3. 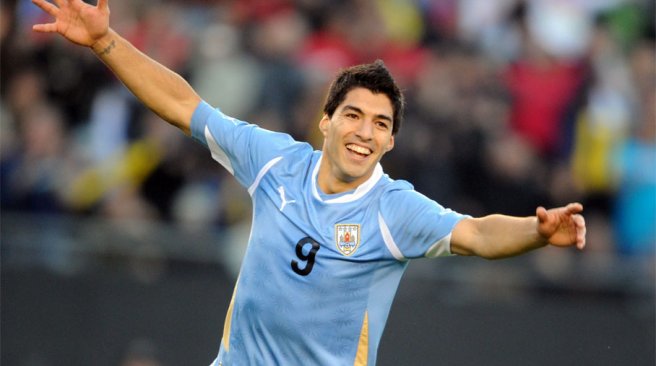 Luis Suarez is is a Uruguayan professional footballer who plays for Spanish club FC Barcelona and the Uruguay national team as a striker. In July 2014, he moved from Liverpool to Barcelona in exchange for £75 million, while Barcelona claim a fee of £65 million. He also played for Nacional, Ajax and Liverpool. He is one of the most talkative footballer now a days.In the year of 2015-16, he has got 19 goals where he has played 20 apps in club football. No doubt,he is a talented player.And for national team, he played 6 apps and got 5 goals in 2014.He has got lot of Individual awards like PFA Players’ Player of the Year: 2013–14, FWA Footballer of the Year: 2013–14, European Golden Shoe: 2013–14,FSF Player of the Year: 2013–14, Dutch Footballer of the Year: 2009–10, FIFA Club World Cup Golden Ball: 2015. His current statistics encourage us to keep him number #2. 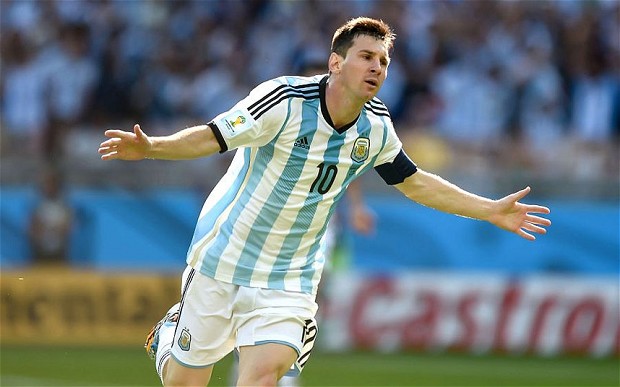 Lionel Messi is an Argentine professional footballer who plays for Spanish giant club Barcelona and the Argentina national team as a forward .He is also the captain of the national team Argentina.He is a living legend. Some says he is best footballer ever, some says he is an alien footballer and others says he is a magician of football. Yes, this is Messi. Messi is the only football player in history to win the FIFA Ballon d’Or five times,three times in a row. He is the first player to win three European Golden Shoes.He has won seven La Liga titles and four UEFA Champions League titles, as well as three Copa del Rey titles with Barcelona. Messi is an amazing footballer. Former Barcelona manager, Pep Guardiola, said: “Messi is the only player that runs faster with the ball than he does without it.”In his club Barcelona, Messi totally has played 331 apps where he gained 298 goals from the season of 2004 to 2016. And for national team in 2015 season he totally played 8 apps and score 4 goals. He should be in number #1.