Copa Del Rey is the oldest football competition in Spain which is basically a professional league tournament. It is also known as La Copa. It was founded in 1903 and where around 83 clubs used to participate. The winner of the tournament qualify for UEFA Europa League or UEFA Champions League. It’s full name in English is “Championship of Spain – Cup of His Majesty the King”. 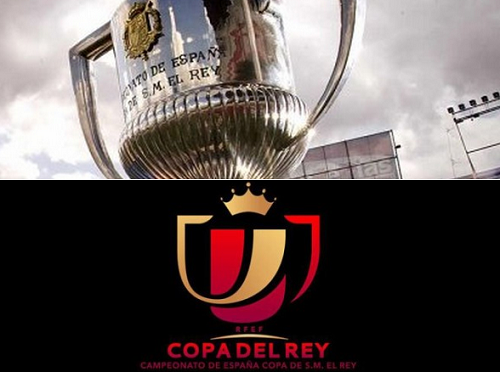 Though, it is one of the largest football competition on Spain but only few number of channels used to broadcast this tournament. But recently, many satellite networks are getting interested to make a deal with them to live telecast upcoming tournament 2016/17.

# Spanish Broadcasters: Canal+ Partidazo has made a deal already where they will telecast only best two matches per round in Spain. TVE will also show two matches along with highlights for free. On the other hand, Canal+ Liga will live telecast all matches of Copa Del Rey 2016/17 in Spain, according to the agreement. Telecinco holds the right to broadcast in Spain with no cast.

# Australian Broadcasters: Last season, there were no broadcaster to broadcast this tournament in Australia but upcoming season, some networks are trying to make an arrangement with the organiser to telecast in Australia. They are not yet confirmed.

# United Kingdom Broadcasters: There are no channels which usually broadcasts this tournament in England. But recently, some are interested to do it in their territory. Besides, people of UK can enjoy it through subscribe in LaLigaTVCOPA channels on Youtube.

# Canadian Broadcasters: In Canada, there are only a few networks which regularly broadcast this tournament. In upcoming season, Canadian people can enjoy this event by beIN Sports Canada and also beIN Sports en Espanol. Besides, through beIN Sports Connect Canada, anyone can enjoy by streaming.

# United States Broadcasters: beIN Sports USA will telecast every matches of La Copa 2016/17 in United States which will be the deal as well as beIN Sports en Espanol. Through the subscription on fuboTV with US $9.99, everyone can enjoy this which will be the easiest way where people at work or home. Copa Del Rey 2016/17 final will be telecasted in USA by ESPN Deportes. Besides, through WatchESPN apps, android and iOS users will be able to watch this.

Besides, above listed networks, upcoming season of CDR will be broadcasted in many countries. Some channels are waiting to make an agreement with the authority of La Copa and some will show for free.

In upcoming edition of CDR 2016/17, almost 81 clubs will compete where the winner of the team will be given approval to compete in 2017/18 UEFA Europa League group stage.

Though, it is an annual competition, and 114th season have gone where the most champion is Barcelona with 28th titles where Athletic Bilbao is in 2nd position with 23rd titles. Another Spanish giant is placed in 3rd position by winning 19th trophy of it. Total 114th title is claimed by different fourteen clubs. And now, FC Barcelona is the current champion of La Copa.