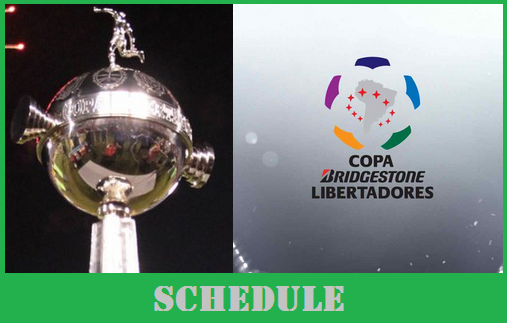 Copa Libertadores which is officially known as Copa Libertadores de America is Latin American annual football club established in 1960. Since then this tournament used to held every year. In 2016, it has already started in 2nd February. This season of Copa is 57th edition where total 38 teams have participated in first stage. Among them, six (6) clubs from Argentina, five (5) from Brazil, 3 from Bolivia and rest twenty four (24) clubs from Chile, Colombia, Ecuador, Mexico, Peru, Paraguay, Venezuela and Uruguay where 3 clubs in each have participated here. The schedule of Copa was drawn in CONMEBOL Convention Centre in Luque, Paraguay on 22nd December, 2015. Let’s take a look below where the complete schedule of Copa is given.

First stage of Copa Libertadores 2016 has ended successfully where 6 teams have deducted and 32 teams have given clearance for next 2nd stage. And also the 2nd stage has almost over. From here, only 16 teams will qualify for next stage which is round of 16 round according to round robin format.

Round of 16 is a tournament of single elimination where each team will play two legs according to home and away basis. In 2016 Copa Libertadores, the round of 16 game details has not drawn yet. Here we present below the round of 16 schedule as stated group seed platform.

Though sixteen (16) teams has not confirmed yet but here we provide possibly qualifiers list below.

# Possible Qualified Teams (Round of 16):

Currently sponsoring by Bridgestone, Copa Libertadores de America is oftenly called Copa Bridgestone Libertadores. Almost 56th seasons have passed where the most successful team is Independiente by winning 7 titles and the Boca Juniors is standing 2nd position by claiming 6 trophies. River Plate is the defending champion. The winner of Copa Libertadores de America 2016 will get opportunity to participate in FIFA Club World Cup 2016.

Ecuadorian footballer Alberto Spencer is the top goal scorer of Copa by scoring 54 goals and Paraguayan player Ever Hugo Almeida is the highest appearance player by playing 113 apps. Legendary footballer Pele is the ambassador of Copa Libertadores.