Corona virus pandemic has hit the world heavily and stopped every expected schedule of almost every sector. Football too has been the victim of it. It has caused huge economic sufferings to the clubs of every sphere. Leicester has been one of those clubs whom has to face enormous problems due to this crisis. Take a look at the list of the guys who may have to leave the King Power Stadium when their contract expires on June 30.

Wes Morgan : Starting with the name of the club captain himself! Morgan’s contract expires at the end of the season and the club will have to renew it, if they are to keep him further. The Nottingham born footballer has been a key figure for the Foxes since his arrival at the King Power. He was the man who had lift the English Premier League trophy when Leicester City wrote the fairy tale. It’s the 8th season at Leicester for the former Jamaica national team captain. He has featured in more than 270 matches for the club since signing for them in 2012. Club manager Brendan Rodgers is keen to renew his contract and has informed that, both the parties have talked over a new deal. However, the corona virus crisis has put them under immense economic pressure and this may lead them to lose the crucial defender. 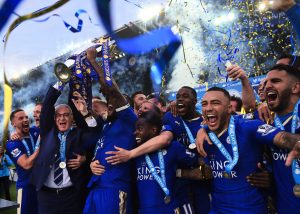 Christian Fuchs : Another important figure of the Leicester City playing xi. The full back has been the first choice at the left side of the defence under various managers at the club. He played a crucial role in Leicester’s title winning season. The Austrian is a consistent performer and is a vital part of the Foxes’ back four. Thus the club desperately want to keep him. Initial discussions over a new deal took place as well. But the factor which is not letting the deal to happen, is the crisis created by the corona virus pandemic.

Nampalys Mendy : Mendy’s issue has been a different one than aforementioned duo’s. In fact, the french defensive midfielder has become the 3rd choice defensive midfielder under Brendan Rodgers. Both Wilfried Ndidi as well as Hamza Choudhury have firmed their positions in that place. And recently the former Liverpool boss cleared that he won’t play more than one DM. Thus it shows lack of chance of getting regular footballer for the 27 years old at the King Power Stadium.

Eldin Jakupovic : The veteran is behind Kasper Schmeichel and Danny Ward in the pecking order and we don’t see any future for him at this club.