Crystal Palace Football one of the best professional club based Premier League competition. The club recently announced their account for the upcoming season. Last season they had made £12.8 million profit and this season the accounts going to be high of that. 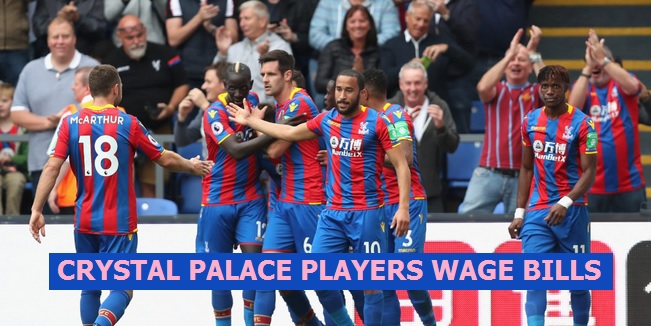 According to Palace calculation the club existing a healthy worth position. In this season the financial condition of the side very good. They have profited £12.8m. If we look back to the 2016-17 season they were full in loss of  £6.8 million.

As of 30th June, 2017 they have cash in £15.9 million on their bank account. The main source is not only the selling players, they have a great source of the media rights. They have bagged 40 percent of their income from the media rights.

So, according to their profit this season the club increase salary of the guys. Some roster has been developed their contract as they close to end their old contract. They also have the target of setting some biggest roster of the side.

Christian Benteke being the record signing of the side as of £32 millions. He joined the side last season by signing a 2 years contract deal. At present he pays of £120,000 per week. The Belgian forward played very hard. And this season his performance in just outstanding. So it’s have possibility to increase the market value of the guy.

Here we submit the Crystal Palace footballers salaries for the 2018/19 along with the weekly wages and position. The players are struggled since some years. Finally they going to pay a smart wage weekly.

As we can see that the range of the Crystal Palace salary is a good spot. Here the top flight footballer paid a good wages and then they come into low according to their market value and playing position. The key players paid in high wages as well as the new signing Belgian forward. He became the big sign of the last summer windows.

If we told about another big sign of the club, is none other than Wilfried Zaha who paid £100,000. This is also a good and noteable payment for the the side. This year he extended the old contract. Along with the English forward one more name of Mamadou Sakho has been paid the same wages of £100,000 per week. The French man will remain the side till 2021 Summer.

Andros Townsend pays in £80,000 weekly. The England international will stay with the side more two season. His current contract will be ended in the June, 2021. Scott Dann also get a good amount salary. The English defender will be paid weekly salary of £60,000. He is contracted with the side till 2020 summer. Connor Wickham also earn as much as the Dann earn per week. But the forward will be free in the next summer.

Jeffrey Schlupp salary is also included in the high range of weekly base. His weekly earning from the club is about £56,000. The Ghana defender having a good amount of salary per year. Apart of them Luka Milivojevic, Jairo Riedewald, Andros Townsend also paid a good salary.

However Crystal Palace goalkeepers Julian Speroni and Wayne Hennessey expanded their past contract as they expired the last deal. As of the new contract the Wales international Hennessey will stay in the side till 2021. He linked with the team since 2014. He has played 89 matches for the side. In the last season they appearances 27 matches.

The Palace fans are expecting a fantastic season to the footballers as they paid a high range of weekly wages. Last season they was quite good as they dismissed Liverpool and Arsenal. So this season the expectation is much better. But what the reality about the team. Could they really do this.

2017-18 season was a nightmare of the team. After playing seven matches they were unable to bag a single goal for the team. They were struggled much to earn points so far. They fired the head coach Frank de Boer and appointed a new manager as the replacement of him. Under the boss Roy Hodgson the fans are expecting some good in the upcoming season.

The former England manager joined the side in last year September by signed a two-year contract deal. His attempt is that to establish the side as one of the best club in Premier League competition. And to do this he need to be hired some biggest athletes in their side. And to set the biggest players it’s need to a huge amount of money.

But to spend for the new signing the Eagles are embarked as the top four. Last season they have spent as much as possible and account shows that they were in top fourth position to spend money for buying players. Last season their expenditure was of £109.7 million where the Arsenal spent £113.9 million as the third team. The most spending club was Man Utd who spent £203.5million to sign the new players. As the second team Manchester United spent £205.1million.

In a survey it has found that the Eagles paid out £78.30 for the players wages out of every £100 income which being the top flight expenditure of the Premier League competition. This season they going to spend a massive amount of money.