‘The world stops when the El Clasico Begins’, yes the world will be stopped tonight when the two Spanish giants will square off each others on the Saturday afternoon. Lifetime rivals Barcelona & Real Madrid will meet in an important La Liga clash. 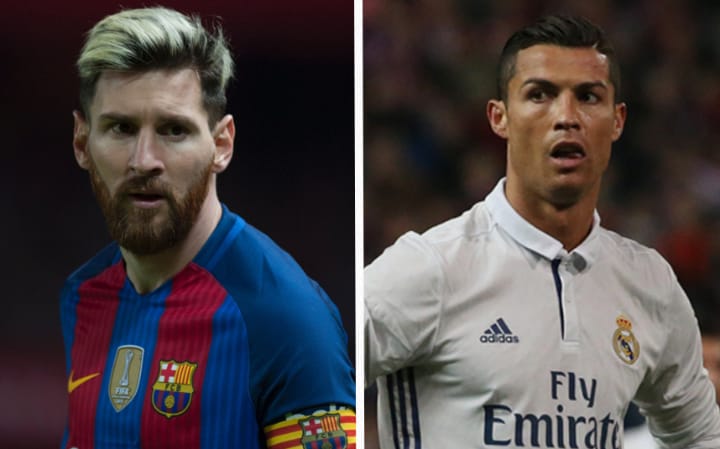 Ahead of the most popular football clash in the world, websites have presented different kind of analysis, debates & stats in front of their fans. One of the most interesting presentation is the Combined XI of the El Clasico. Here is the most popular combined xi for the fans :

The German shot stopper has been selected over Real Madrid’s Costa Rican keeper Keylor Navas. The 24 years old has appeared in 16 matches for the Catalans so far this season and incredibly done well.

The Spanish full back has set his place in the combined xi beating Barca’s young right back Sergi Roberto.

Barca’s best defender & their only representative in the defence in this xi. The Spaniard is in great touch & could make a difference in the game.

Real Madrid skipper & the best defender of their side had no problem to be placed in. He was an auto choice.

A tough battle between Marcelo & Jordi Alba. The Brazilian just got the better of his Spanish rival.

The midfield machine & the unsung hero of the Catalans’ side placed him in the selected squad as expected.

Madrid’s best midfielder, the magician has his place in the squad. No one can complain.

Barcelona captain is not sure for today’s clash but as one of the most vital midfield masters in the planet has got the place beyond any doubt.

The Brazilian genius, the assist machine, the speed star, the big match player. He has done more than enough in his previous meetings against Los Blancos & another auto choice.

You can’t take this guy out of any best xi which is related to him. Can you? Nope, even the haters can’t. The Argentine captain is the most successful El Clasico player among all the current players & the spear head of the attack.

CR7, the name is enough. You can’t exclude him of any current best xi which relates the Portugal skipper. The only representative of Madrid side in this combined xi.