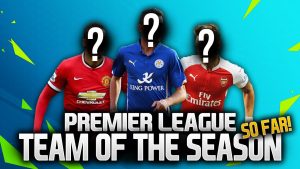 Ricardo Pereira : He is the man with the most successful dribbles per 90 minutes among the EPL defenders. So he was the first choice among the back four.

Enda Stevens : Enda Stevens partners Pereira as the Irish full back gets his place in the left back position. But he is not the only Sheffield United player to make into this team.

Chris Basham : The 31 years old center half is the 2nd Sheffield United player along with Enda Stevens. He regularly moves to the upfield and has got number of successful dribbles this season.

Caglar Soyuncu : The Turkish international fulfills the list as he partners Basham at the heart of the defence. Soyuncu is the 2nd Leicester representative in this side along with Ricardo Pereira.

Mateo Kovacic : The Chelsea midfielder makes his place with 3.7 dribbles per 90 minutes. The Croatian international is in the 5th place among the most successful dribblers of season in the English top flight.

Felipe Anderson : West Ham’s Brazilian sensation Felipe Anderson completes the list. The Latin American is 4th in the list with 3.9 dribbles per 90 minutes.

Nicolas Pepe : The Arsenal young star is one of the 3 chosen forwards in this list.

Wilfried Zaha : Crystal Palace winger Wilfried Zaha has made 4.8 successful dribbles per 90 minutes and is an auto choice in this side.

Adama Traore : The Wolverhampton winger leads the race with 6.3 dribbles per 90 minutes. He has been the best dribbler of the league of this ongoing campaign. The right winger has been sensational this season and have given the left backs nightmares.