English Premier League also known to EPL which is the most popular domestic football tournament in England and Wales. Recently the competition has successively completed the 24th edition and going to proceed the 25th season from August. A huge panel of star player from different nation will be played on the tournament and their attempt is to boost the premier league throughout the world.

The English forward Harry Kane made a 25 goals record on the last premier league competition and holding the first place on topper list. The Tottenham star such a made an outstanding show off on the entire season. He is too confident for upcoming season and desperate to do the same It’s the champion team striker, Jamie Vardy who scored of 24 along with 6 assists. His approaches was also too good in the EPL emulation. 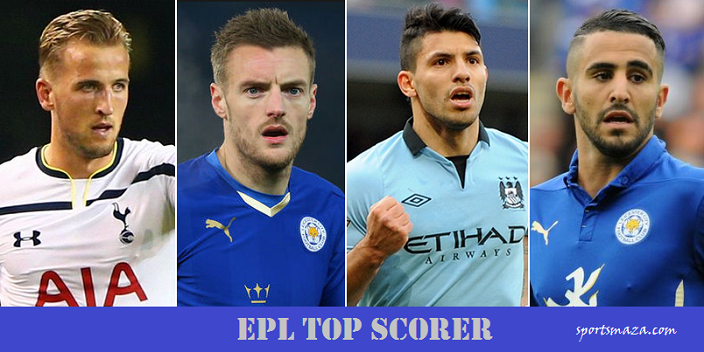 The Argentine Sergio Aguero just one goal behind of Harry Kane which kept him in third place in top scorer list. Undoubtedly he is an top ranking player in the world who always great to watch on field. It is expected he improve the position in next. Let’s have a look at a glance the last year top scorer list which will help you to predict about soccer who has the possibility to do well in the next.

The Everton Belgium forward also played well in the 2015-16 edition and this time his confidence up into high level and desperate to warm up the upcoming season. The Algeria striker Riyad Mahrez  also included in the list in fifth position with 17 goals. There also have some other name in the list who have the possible golden boot winner of 2016-17 edition.  Let’s see the top goal scorer list in EPL history.