FC Barcelona manager Luis Enrique isn’t thinking too much about to buy any forward of Blaugrana right now. But little bit conscious to increase the contract of Lionel Messi, Neymar Junior & Luis Suarez. They have pressure as well to increase the salary structure of MSN in next season. That’s why Enrique may planned to sale couple of alternative players. Though lots of media writing down more and more times about the transfer rumors of Messi but this is totally wrong. Recently, English media the mirror wrote down few transfer news where mentioned that Barca is thinking about to sign in Algerian Leicester city attacking midfielder Riyad Mahrez and French Juventus play maker Paul Pogba. Though Andres Iniesta & Sergio Busquets still playing good role for Barca but the want to make their midfield more powerful. As Iniesta, Mascherano is very close to end their career, that’s why FCB have more chance to hire superstar midfielder for them. Another rumor going on that Busquets would sign in to Manchester city in next season. Another thing to mention that Chines club Beijing Guoan shown their interest to buy Dani Alves & Arde Turan by huge amount of money. 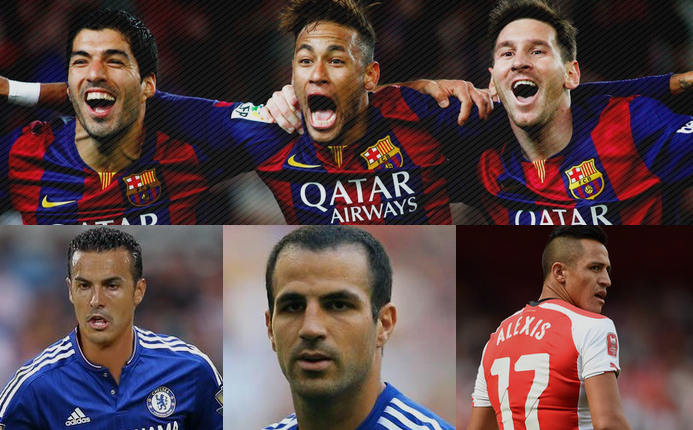 As like other richest clubs, FCB isn’t much more crazy to spend huge amount for transfer purpose but this Spanish giant club is very choosy to buy their footballer. Considering personal skill, Barca give focus on that who would be the best complimentary for them. Within last 4 years, FC Barcelona spent big amount only for Luis Suarez, Neymar Jr, Douglas & Arda Turan. If we observe their big investment output, then can guess that how much target orient player they buy on.

Barcelona young teams are the great source of earning for this leading club of Spain as well. Basically, Barcelona believe in to create superstar and that’s why this team isn’t worry about to buy over and over again. Cesc Fabregas, Pedro & Alexis Sanchez sign out was the most big deal for Barca. Though this midfielders & forwards performing well in FCB but cause of more superstars in same position, Barca sold this kind of important players of them.

Watch all matches of Barcelona here