Spanish giant Barcelona is generally known as Barca or FCB which is examined as the most popular club in the world nowadays. Established in 29th November, 1899, club Barca is now the 2nd most valuable club which net worth is US $ 3.16 billion.

As soon as the 2015/16 season of La Liga will end, club Barca will prepare for next season. In the meantime, they will have to play another annual event named International Champions Cup 2016 which will be placed in Europe. They will play three matches against Celtic, Leicester City and Liverpool. Those will be also called their pre season matches in the season of 2016/17. Let’s take a look below, where the complete schedule of pre season tour matches of Barcelona 2016/17 are given. 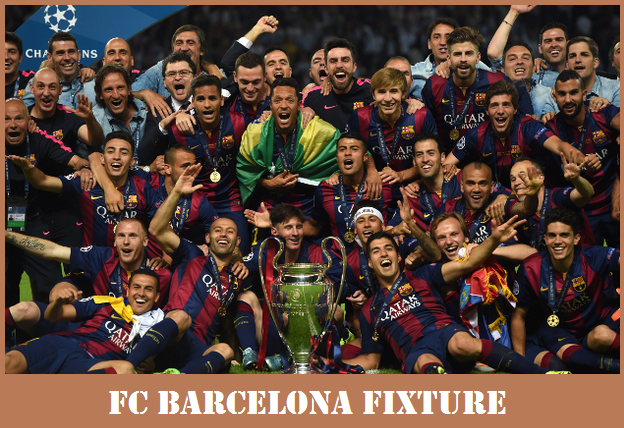 It’s been long 116 years have passed since the beginning, club FCB is one of the three founding members of La Liga and always playing in the top division along with Real Madrid and Athletic Bilbao. They have also the largest media followers worldwide. Team Barca has won so many titles along with highest three times FIFA Club World Cup, UEFA Champions League five times,  La Liga title 23 times and so many. Team FCB has many great player like the legendary footballer Leo Messi, Uruguayan striker Luis Suarez, Brazilian young captain Neymar Jz. They are shortly called MSN. Highest number of FIFA Ballon d’Or were claimed by Barcelona’s players. Also they won seven (7) FIFA World Player of the Year.

FCB is the defending champion of the largest club football competition La Liga 2014/15. And also at the end of the season 2015/16 in La Liga, team Barca is still in number #1 position. According to UEFA club rankings, club Barca is now standing in 2nd position around the world. Their home ground is Camp Nou which has 99,354 seat capacity.

Their one and only most rivalry with Real Madrid. The match between two of them used to called El Clasico.

Let’s take a glance below where the short information of FC Barcelona is given.