The Federation Internationale de Football Association (FIFA) Club World Cup going to be kicked off their 13th edition in the last month of the year. The event will be run from 8th to 18th December, 2017. It is one of the most watching sporting event in the world. World wide fans of FIFA World Cup eagerly awaiting for the most happening tournament. A huge panel of broadcaster also desperate to cover the live matches in the event. 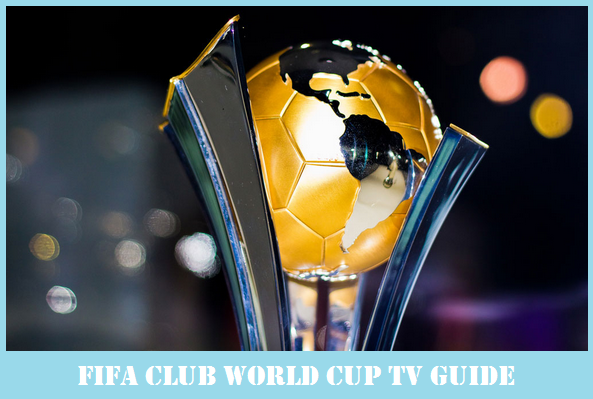 In Hong Kong the event will be televised by two several media coverage, Super Soccer Channel and Cable TV Channel. Sky Sports  along with Sky Go will cover the matches in New Zealand. In Serbia the entire tournament will be casted by Arena Sports.

watch the live match in China and Canada on their home channel Guangdong Sports Channel and Sportsnet World respectively. The matches will be also telecasted in Israel, Chile, Portugal and more other nations.

The Indian fans along with south Asia can enjoy the entire tournament in Neo Sports, where Astro Supersport becomes the live broadcaster in Malaysia. Don’t be impeded, if your country is not included in the panel. These all are international channel besides of the base country they will also cover up the matches in available nation. The events is also available in online. Watch free live match online in our site.

2016 edition will be played by seven teams along with hosting Country, Japan and rest six confederations are UEFA, AFC, CONMEBOL, CAF, OFC and CONCACAF. The Spanish football club Barcelona became the most successful club in the emulation which embarked the title for three times. Last season they grabbed the trophy by playing against River Plate in 3-0 score and proved their ability once again.

The format of the FIFA Club World Cup consists an easy feature where the participant teams had beeen divided into two equal groups. The top contestant from the both group battle for the final. The winner of the final regarded the champion of the event. On the other side the runner up of the team will be played for the third place. The old feature has been changed after 2005 and this year the total 7 clubs will take part in the competition. In new format two more round has been added which is named quarterfinal as well as the Semifinal round. And the both round have to play prior of the final match. So guys get ready for the most gorgeous tournament of the year in December and stay with us to learn more.