10th edition of FIFA Confederations Cup will be scheduled in next 17th June to 2nd July, 2017 at Russia. Russia was selected as a host on 2nd December 2010. By then it was awarded the hosting rights. From six confederation (CONMEBOL, UEFA, CAF, CONCACAF, AFC and OFC), total eight (8) teams will compete in this international football tournament. The participants list are not confirmed yet where as a host nation, Russia automatically qualified for the main event. 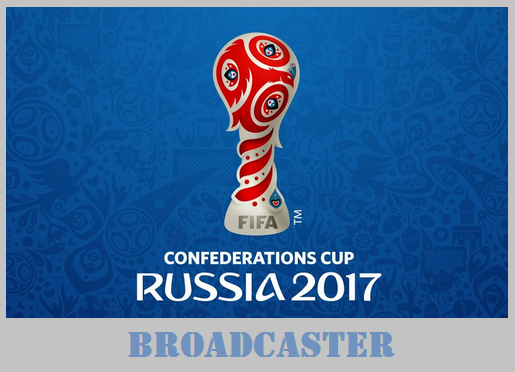 Organised by Federation Internationale de Football Association (FIFA), FIFA Confederations Cup usually comes after every four years since the beginning. Currently, this is one of the most popular, exciting and also contesting tournament worldwide. A large number of viewers are waiting to enjoy the exciting matches of this football event through different kinds of satellite networks. So, as a biggest event of football, Russia hosted Confederations Cup 2017 will be huge coverage world wide. Here we provide full broadcaster list according to the country.

Besides, fans from United Kingdom can watch the matches through BT Sports. BT Sports holds the right to show Confederations Cup 2017. Alongside of BT Sports, BBC Three, BBC One and also BBC Red Button would possibly telecast this tournament like before. ESPN has made an agreement to broadcast all matches of this tournament in United States along with Fox Sport one & two. It is needed to mention that, without above stated broadcasters, there are many networks also will broadcast this one of the biggest football event. Anyone can also enjoy this tournament through our site Sports Maza.

This episode of football used to held once every four years, total eight (8) teams will be divided into two group named Group A and Group B where each group contains four teams. Each team will play three matches with the rest of the group members and highest point holder two teams will get ticket for the knockout round.

In this tournament, total sixteen (16) matches will be held in four (4) different stadiums in Russia named Fisht Olympic Stadium, Otkrytie Arena, Kazan Arena and Piter Arena. The final match of the tournament will be placed at Piter Arena in Saint Petersburg.

Ninth (9th) season of Confederations Cup has already passed since the inaugural season in 1992. The first winner was Argentina. Till now the highest champion is Brazil by winning four times titles and also Brazil is the defending champion.