An International football competition named FIFA Confederation Cup which was founded in 1992 currently placed after every four years. 9th season of this prestigious football event already passed away where total five different teams have claimed those title. Brazil is the most successful team by winning 4th title where team France has claim twice and Argentina, Mexico, Denmark have won this title one time each. Brazil is also the defending champion. 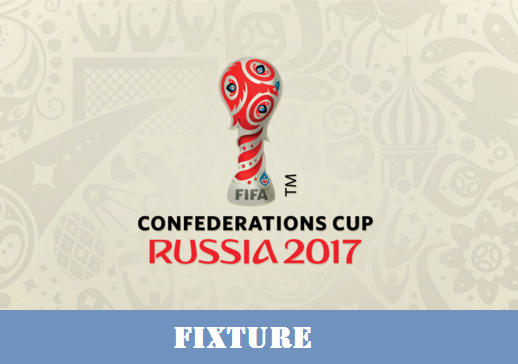 Total eight teams used to participate in this international football tournament where the champions of (OFC, UEFA, CAF, CONCACAF, AFC, CONMEBOL), FIFA World Cup champion and the host nation have got authorization to compete.

10th season of FIFA Confederations Cup is going to start in next year 2017 from 17th June in Russia. But the preparation is about to an end. Among eight (8) teams, Russia has qualified automatically as a host nation, other four nations have qualified too but rest three has not qualified yet. Let’s take a glance below where the qualified nations list is give.

Eight teams are divided into two groups. Group A and Group B. Russia is in Group A. Rest of the group member has not confirmed yet. According to the round robin formation, this tournament used to held. Each team will play against other three group mate in the group stage matches and top two teams will be given approval to the next round.

FIFA Confederations Cup 2017, group stage matches is scheduled to take place from next 17th June to 25th June, 2017. Around sixteen (16) match will be placed at four different venues in Russia. Let’s see the schedule of FIFA Confederation Cup 2017 below.

Brazilian star Ronaldinho is one of the two top goal scorer in this Confederation Cup by scoring 9 goals where Spanish Fernando Torres has scored 8 goals which makes him 2nd position.

FIFA Confederation Cup is one of the most viewed football event where last season the total attendance was 804,659 along with 50,291 average. And it’s popularity is getting heavier day by day.

So, stay connected to get more exciting news.