France is one of the most strongest and popular football team in the planet. They have a good and remarkable history in the most beautiful game in the planet. They were among the very few sides to play in the very first edition of the FIFA World Cup in Uruguay in 1930. France national football team is controlled by French Football Federation (FFF). They occupy the number 9 position in the FIFA ranking currently and are considered to have one of the most balanced squads in the world. They have been listed among the hot favourites to lift the trophy.

Tournament History : The “Les Bleus” have clinched the biggest trophy of the world football once, back in the 1998 edition when they hosted the tournament at their own backyard. They will be looking to dismiss the 20 years’ drought in the upcoming Russia edition. In the draw of the WC, the “Les Tricolores” have been placed in the group C and they will face Australia, Peru and Denmark. In the 2014, France made it to the quarter final but were beaten by the Germans who ended up finishing as the champions. In the 2010, France had to go back to the country with empty hands from the South Africa as they were out of the tournament from the group stage. In the 2006, they finished as the Runners Up as Italy clinched the title in the final just in the tie-breaker. 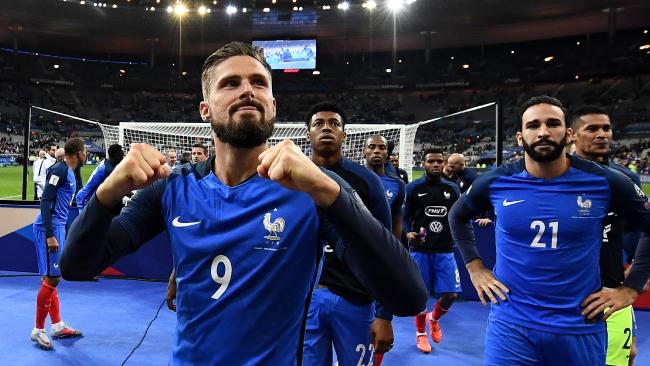 Recent Results : France topped the group A of the world cup qualifying round. They finished ahead of Sweden and Netherlands to lead the chart as they earned 23 points from their 10 games. They secured 7 victories and drew 2 games and lost only 1 game. France were the hosts of the UEFA Euro 2016 and they finished as the runners-up of the campaign as Portugal sealed the trophy with an extra time goal of Eder.

Story and Strength of the Squad : As it has been mentioned earlier, France really has one of the most exciting squad and a fully balanced set up. Tottenham shot stopper Hugo Lloris who is one of the best keepers in the planet will stand between the sticks and he is also the skipper of the side. The French defence is the mixture of youth and experience. The likes of Raphael Varane, Samuel Umtiti, Djibril Sidibe, Lucas Digne, Benjamin Mendy all are highly potential. The midfield is consisted of Paul Pogba, N’Golo Kante, Thomas Lemar, Tiemoue Bakayoko, Blaise Matuidi. Meanwhile the French attack is an absolute treat. Atletico de Madrid forward Antoine Griezmann will lead the attcak along with Paris Saint Germain sensation Kylian Mbappe, Man Utd star Anthony Martial, Arsenal talisman Alexandre Lacazette, Barcelona winger Ousmane Dembele. Former captain Didier Deschamps who is the current manager of the national team, will be certainly eyeing to the World Cup to lift in the Moscow.