Under the charges of Federation Internationale de Football Association (FIFA), FIFA Futsal World Cup is an international futsal championship which generally held once after every four years. The inaugural season of this championship was held in 1989 and became popular.

It is one kind of football competition which is played in a smaller ground. It is basically indoors game where two teams plays against each other and each team contains five players including goalkeeper. 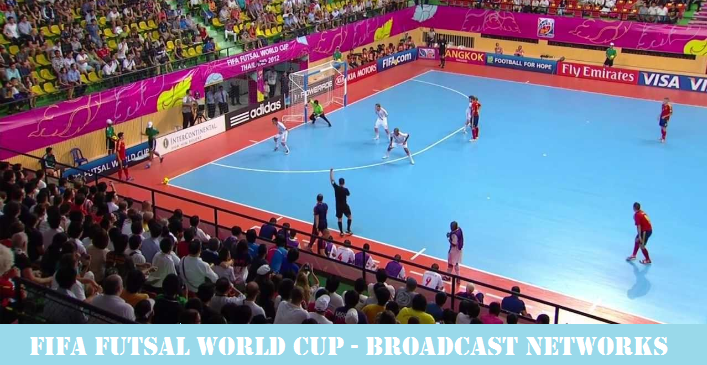 Upcoming championship of FIFA Futsal World Cup 2016 will be broadcasted in different kinds of channels in various countries. Some of the have already made an agreement with FIFA and some are waiting. The broadcasters list of upcoming season is recently released. Let’s take a look below where the complete list with the territories of broadcasters are given.

This tournament will also be broadcasted by Radio. In Argentina, it will be telecasted by ESPN 107.9 FM, Radio Continental, Radio La Red and Radio Nacional. VGTRK will cover in Russia and RTP, Renascenca and TSF will telecast in Portugal.

Since the inaugural season, total seven edition of this Futsal Championship have passed where only two teams have taken all the titles. Brazil is the most successful team by winning 5th titles of it where team Spain won rest two trophies. Brazil is also the defending champion.

8th version of FIFA Futsal World Cup is knocking at the door which is already scheduled to be run from 10th September, 2016 to 1st October, 2016. This time it will be hosted in Colombia for the first time. Like last edition, in upcoming season total twenty-four (24) teams will compete. Total 52 matches will be placed in three different venues in Colombia.

According to the schedule, which was officially confirmed in 5th February, 2016, the inaugural match of upcoming tournament will be played between Colombia and Portugal in 10th September, 2016 at Coliseo El Pueblo, Cali.