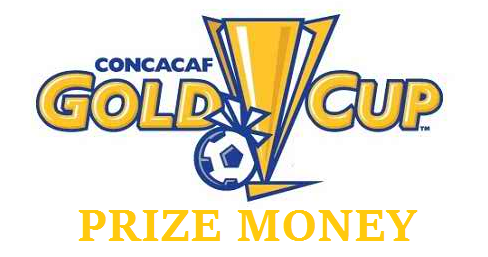 CONCACAF Gold Cup is a men’s professional soccer event which consists of just one confederation. After rebranding the tournament’s title, almost 13th seasons have passed very successfully and now the time has come for fourth season. To compete here, United States is divided into three different zones named North America, Central America and also Caribbean zone. Though, many infamous teams used to compete here along with couple of major football teams. Through this continental championship, some teams could claim a large amount of prize money. However, only CONCACAF used to organize the competition, so, the amount of prize money is not so big.

If we consider the last season prize money of this continental championship which was held in 2015, the reported reward amount was around US$2.75 million where the champion of the tournament was awarded by $1 million. Let’s have a glance below where we provide the awarded amount of this competition in 2015.

According to the report, the runner up team of the last season of the competition awarded by $500k. Besides, every participating teams in group stage got $100000 each.

But, in upcoming 14th edition of CONCACAF Gold Cup 2017, the prize money details are yet to be announced. As soon as the upcoming season’s reward amount will unveil, you can find the update here.

However, it is known that, the committee of CONCACAF would probably increase their reward amount as like last editions. Besides, most of the competition used to increase their prizing amount every season which includes their terms also. Due to that reason, always upcoming season of any competition generally expected to be more contesting.

The payment status of this tournament was not high enough and players like Clint Dempsey, Brad Guzan and some others have thought that actually they deserve more from that event. By analyzing their matters, the authority of CONCACAF thinks to increase their rewards and it will workable from upcoming episode. They actually perhaps able to enlarge their payment structure where they used to earn a large amount through this tournament from sponsoring deals, broadcasting deals and others.

This continental championship which was firstly known as CONCACAF Championship and officially founded in 1961. Couple of years later of establishing, the inaugural season was staged in 1963 where Costa Rica was the winner. In 1991, the name was changed. Total twelve teams from three regions are allowed to compete here where three from North America, four from Central America and four from Caribbean zone. Rest one should pass the play off stage. Since the rebranding their title, United States usually host the competition. But, sometimes Mexico joined with them too.

Mexico is the current champion of the tournament and also is the highest winner by grabbing seven titles out of thirteen. Including them, only three teams have tested the title of the American continental competition. United States won five times and Canada won just one in 2000.