There is a rumor that German team have weakness in front of any Italian team. That’s proof by Milan one second. Der FCB don’t have Muller, Gotze, Lewandowski or, Rooben but it’s need to know that this German club don’t believe in footballers personal performance but their strength is their power football discipline. However, excellent football by the most renowned club of Italy, Milan. Totally six goal scored into the game. Both scored 3 from their side. But the winning was expected by Milan surely cause one of the goal of Bayern came from Penalty shoot in 89 minute. Match finished with 3 each draw and goes to tie-breaker and AC Milan won by 5 – 3 against the most powerful footballer team Bayern Munich. 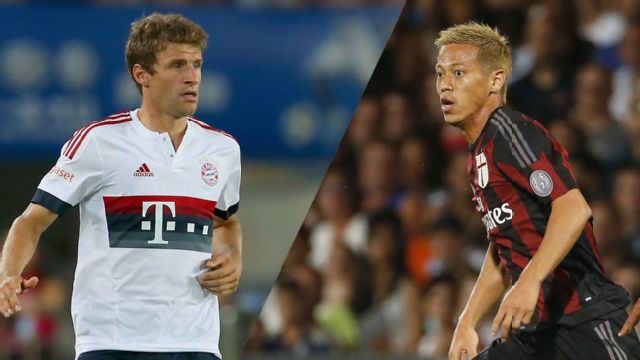 Milan participate almost every edition of  International Champions Cup but this year there is no high exception. AC Milan have never made the final from many years of the competition as they going to face German club champion Bayern Munich. Milan have 18 UEFA and FIFA titles, they are one of the most successful club in the world along with Boca Juniors and Real Madrid, in terms of winning international titles. Milan well prepared for this International Champions Cup. In a preseason tour match at Derby della Madonnina, they earn 1-0 victory over Internationale. They faced Juntas a week later and lost the match by 1 – 0.

We know it Der FCB is 2015-16 Bundesliga champion and they are the most favorite of this tournament. 57-year-old Bayern coach said I’m not here to start a revolution,” i am here for instruct them about right way.

Defense is Milan’s biggest weakness over the last few season. Vincenzo Montella head coach of Milan working hard with the team to reduce the problem. Here is the Possible playing XI of AC Milan:

The reds always play attacking football Thomas Muller and Philipp Lahm are the key players of Bayern in this match. Here is the possible playing XI of Bayern Munich given below.

Prediction: Possible winner of this match would be Der FCB