Barcelona has just won Spanish Super Cup 2016 this season by defeating Sevilla twice and started their Primera Division competition by defeating Real Betis. So, it seems, the Spanish giant is passing their best time now. Now, they are scheduled to play their next Primera Division match against an infamous team Alaves in next 10th September, 2016.

# Short Details of Next Competition: 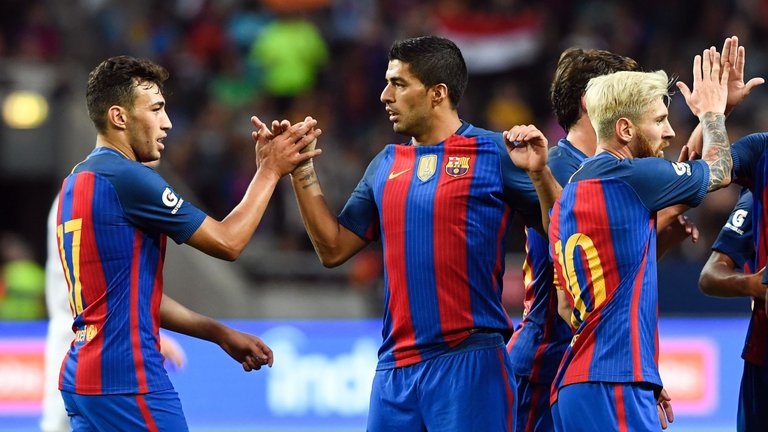 # Short Profile of the Arena: Spanish  La Liga champion Barcelona will play their next match in this ongoing tournament against Alaves and it will be staged at their home arena Camp Nou. It is currently the largest stadium in Spain by seating capacity.

# H2H Details: Barca has faced this Spanish side total 16 times before and won 11 times and lost thrice. Rest two games were drawn. According to schedule, they faced each other last time almost four years before in 29th November, 2012.

# Last Season & Recent Statistics of Barca: Barcelona is the one of the two most successful club in Spain which is also the current champion. In their last season, they totally played 38 league competitions where they achieved victory highest 29 times and lost only four. So, they gathered highest 91 points where Real Madrid was in 2nd position and Atletico Madrid was in third. Besides, two times consecutive La Liga title winner has started the new season by just destroying Real Betis by 6 – 2 goals where the previous season top scorer Luis Suarez made a hat trick and the key player of Barcelona the great Lionel Messi scored twice. In their 2nd match, they simply gained won by Athletic Club by 1 – 0. Lionel Messi would probably not take part in their upcoming competition against Alaves due to injury. Messi has already stated to their fans that no need to worry about and he will be just fine but his doctor told him to take some rest for couple of days. Brazilian star Neymar would not possibly play also because he is traveling with the national team right now.

# Last Season & Recent Statistics of the glorious one: On the other side, the glorious one has come to compete in La Liga after a long time where they had to pass Segunda Division in their last season and there they became top. They also played two games in this season of Primera Division but failed to win any of them but to drawn all. The two competitions were against Atletico Madrid and Sporting Gijon.

# Prediction: The prediction of upcoming competition would be simple. The Spanish giant Barcelona will win the match. So, the prediction is – Barcelona 3 – 0 Deportivo Alaves.