The gunners were much more aggressive from the beginning of the match and they really deserve the win of this match. 2 goal can come within 20 minute of the game but some how their strikers failed by bad luck. The Citizens goalkeeper Willy Caballero was very active into the 1st half. First goal came from Sergio Aguero which was a clear finish by him on 30 minute. Within 40 minute of 2nd half Arsenal forward done 3 great job for the team. Which goals scored by Alex Iwobi, Walcott & Chuba Akpom. Finally the Manchester city able to give back another one which scored Kelechi Iheanacho but finally lost into this big friendly event.

Two biggest clubs and also two most successful club in England are going to fight against each other in next 7th August, 2016. Though, it will be a club friendly match but also they are seriously taking it. Upcoming match will be their 169th face to face competition where the Gunners won 86 matches and the City won 41. The Gunner won more than twice times than the Citizens but still they have to be careful. 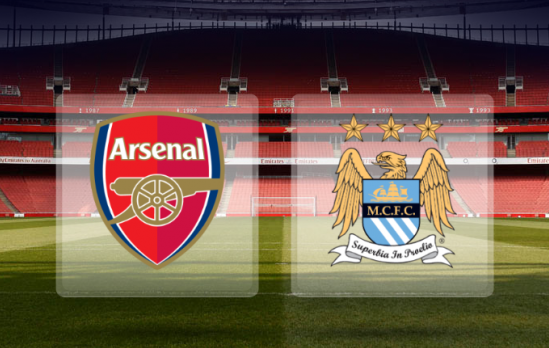 # Field Details: The upcoming match between the Gunners and City will take place at Ullevi Stadium in Gothenburg, Sweden. It is a multi purpose stadium which was opened in 29th May, 1958. The ground has 43,000 seats capacity and the surface is made of grass.

# Possible Line Up of the Gunners:

Apparently, the Gunners are very strong contender of English Premier League where they finished their last EPL season by being runner up. They also won the Premier League three times but unfortunately they failed to claim it again. They have many talented performers and also their chief Arsene Wenger has recruited three more faces in this summer. They are Swiss star Granit Xhaka from Borussia Monchengladbach, Asano from Hiroshima and Rob Holding from Bolton. Among them, two would possibly play in next match.

# Possible Line Up of City:

Manchester City once dominated the EPL for long though they did win twice Premier League title but now they are in off form. Last season in EPL, they tried hard but still standing in 4th place. Their new boss Pep Guardiola is working hard to reclaim their honour. In their last match, they played against Borussia Dortmund where they won by penalty shoot out. Manager Pep has bought five new players in this season. However, they would not perhaps use their best eleven in next match. Like before, Nigerian striker Kelechi Iheanacho would lead their attacking section in next match. Belgian defender Vincent Kompany is their current skipper but he would not play in next friendly match unless in great need.