Two times World Cup champion team Argentina has faced consecutive bad luck in international tournaments. They have World class and top rated defenders, midfielders and forwards but at the end, they used to return from the game with empty hand. Team Argentina reached four finals in recent times. Three of them were Copa America finals and one of them was FIFA World Cup final. In all four cases, they failed to win the title. It was so much disappointing for their skipper Lionel Messi. The upcoming World Cup 2018 will be his last World Cup and he will not get another chance to win World Cup title. So, they are desperate this time. To make good preparation, they are now scheduled to play some friendly matches before main journey. 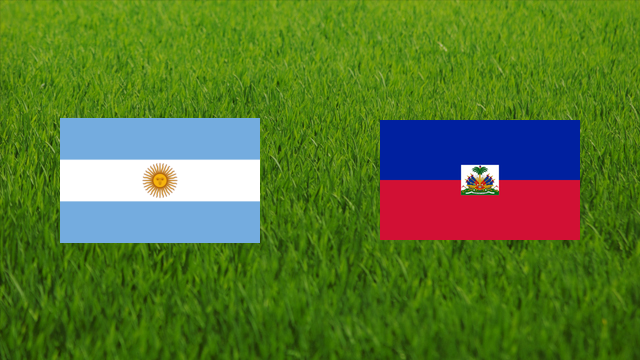 # Head To Head Data: We should known about the previous battle history between two teams Argentina and Haiti. This two teams have faced couple of times earlier against each other. The result always went to Argentina. They played four times where Argentina won three matches and one match was drawn. First two matches were in Pan American Games. 3rd one was in World Cup and last one was international friendly competition.

# Team Performance: The performance of team Argentina is very frustrating considering their strength. They lost two matches out of their five last competitions. Finally in their last match, they faced a great defeat against Spain by 6 – 1 goals. It can not acceptable. A team like Argentina should not be defeated like that. Argentina is still regarded as one of the superpower team in football and they have much strongest team squad. Under the captaincy of Lionel Messi, they have World class attacker. Sergio Aguero, Paulo Dybala and Gonzalo Higuain are the rest three top rated attackers in the team. All of them are doing great for their club. Besides, midfielder like Angel Di Maria is their current squad makes their midfield section very strong. Hopefully in upcoming FIFA World Cup 2018, they will do great.

# Team Performance: Team Performance of Haiti is more than good and satisfying. They have won three matches out of the last five where faced defeat one against Nicaragua and made a draw against Japan. The team failed to qualify for the FIFA World Cup 2018 and in recent time, they are taking preparation for CONCACAF Nations League qualifications. The match against Argentina will help them much.