After the end of Champions League journey, blue lions were little bit frustrated. They needed few straight path win for rest of 8 matches. Today Chelsea successfully performed against Aston Villa and destroy them by 4 – 0. Though win over Aston villa was not a great enjoyable issue for the Blues but passing a matching successfully was important. 26 minute goal by Ruben Loftus-Cheek was the most important score for the defending champions. Brazilian forward Alexandre Pato didn’t give any mercy on 45′ + 3 penalty chance. Half time score was 2 – 0. Spanish forward Pedro’s double goal ensure big win for Chelsea to boost ranking.

Leicester city is very close to win their first title of the tournament and big giants is still suffering for poor performance. However, the chance to play next EPL is the satisfaction for Chelsea. Though the Blues lions given hope to their fans to win the title of UEFA Champions League but PSG destroyed their dream totally. However, the blues need win rest of the matches of Barclays Premier League and ranked them good position in point table as much as possible. Definitely, it’s a great chance to Chelsea to come back in win as it’s against the poorest performer team of the tournament Aston Villa those are standing on 20th position and lose the hope to play next EPL.

Match between: Aston Villa Vs Chelsea 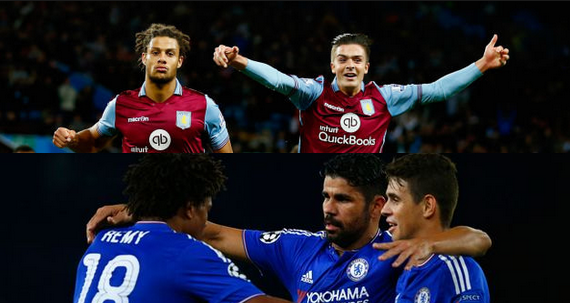 Latest matches performance of both team is not good. Aston Villa lost in every last 5 matches. Though the H2H statistics of the both team is very close to each other but recent performance will keep ahead Chelsea for this English Premier League match. Our editorial prediction goes to Chelsea’s side cause of their superstar players and disciplined football.