Austria surprisingly lost against against Hungary by 2 – 0. However, come back into the game against the favourite of this group F Portugal. Austrian team can keep ahead within 3 minute of the game but an strong attempts missed by their in form striker. Most important news of the match is, Cristiano Ronaldo missed penalty during this match. 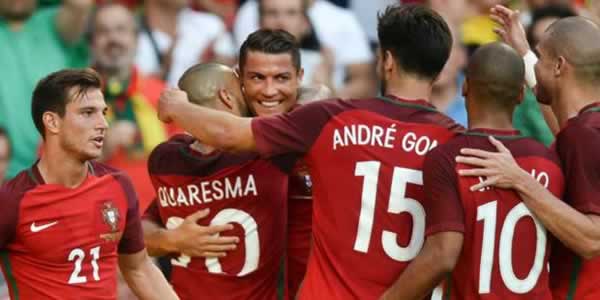 However, they have participated in 15th edition of Euro Championship 2016 which has started from 10th June, 2016. Portuguese team did not grab any title of it but they reached final once and became runner up in 2004 where they were defeated by Greece scoring 1 – 0 goal. Now, they are one of the top contender of the title and they are placed in group F with Austria, Iceland and Hungary. They have played their 1st match against Iceland where they have drawn it. They have two matches in hand and if they will lose in one, it will be end of their Euro 2016.

On the other hand, Austria has played their first match also where they defeated against Hungary by 2 – 0 goal which puts them in risk. They will have to win their next two matches in group stages to qualify.

# Preview: Now, team Portugal and Austria are going to play their 2nd match in UEFA Euro 2016 where they will play against each other which is scheduled to place in next 18th June, 2016 at Parc des Princes which is located in Paris, France. It is the home ground of great Paris Saint Germain since 1973. It was founded in 1897. Currently it has 48,712 seats capacity. Italian Nicola Rizzoli will be the referee in that match. He has started his international career as a referee since 2007.

# Head To Head: Portuguese football team and Austria have totally played each other till now ten (10) times where Portugal won twice and drawn five times. Austria won three times. In 11th October, 1995, they last met where the match was drawn. Hopefully their next match-  will be contesting.

# Teams Lineups: Portuguese team is currently captained by great Cristiano Ronaldo who is the most talkative player in the world nowadays. Besides, they have Nani, Eder, Ricardo Quaresma and some others. They would probably play with their 4 – 3 – 3 formation.

On the other hand, Austria used to play with 4 – 2 – 3 – 1 formation. Team Austria is led by Christian Fuchs who plays for English club Leicester City.

# Prediction: It will be very hard to say which will win their next match because they are both same ranked teams. According to the last five matches of Portugal, they won three where Austria won two out of five. It seems that they both have some good players but their next match result would probably come out by penalty shoot out. The possible prediction is – Portugal 1 – 0 Austria.