Spanish La Liga is the most largest and popular professional football league based in Spain where it’s new season is about to begin in next 19th August, 2016. It will be 86th season of La Liga. Barcelona is the current La Liga champion which is going to play their inaugural match in this tournament against number #10 ranking team Real Betis in next 20th August, 2016. 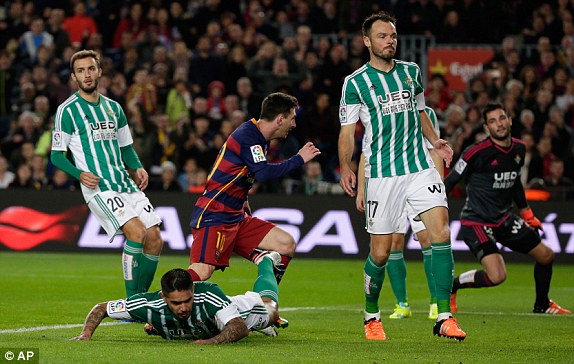 # Short Profile of the Ground: The upcoming competition between Barca and Betis will be hosted Estadio Camp Nou which is current home field of the Spanish giant since the foundation of the ground. It is also known as New Field. It is the largest stadium in the Spain with it’s 99,354 seats capacity. The ground is located in Barcelona, Spain.

# H2H Balance: Since the beginning, the Catalans have totally played against the Glorious One 40th times where their 1st match was held in 21st December, 1994. That game was drawn by scoring 1 – 1 and also they have played their last match in 1st May, 2016 where the Catalans won by 2 – 0 goals. Barca won total 24 matches among 40 where the Glorious One won 8 matches so far. Eight matches were also drawn. One thing is needed to mention that Betis did not win their last eight fight against the Spanish giant.

# Prediction: Whereas, team barca has the three world’s best attackers in their squad so, perhaps the Glorious One would not get any chance in next match. It would be a matter of time that Barcelona destroyed them by scoring a number of goals. Barcelona 3 – 0 Real Betis.