The Spanish giant Real Madrid which is examined the top successful club in Spain is on their pre season schedule right now. As per schedule, they have played two pre season matches in United States. They are one of the seventeen participant of ICC 2016. Now, they are scheduled to play their 3rd which will be their last match in this International Champions Cup 2016 tournament against German Bundesliga champion Bayern Munich. 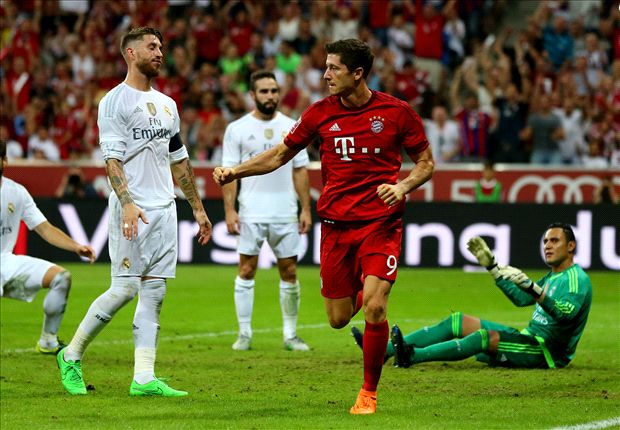 # Possible Line Up of Vikings:

# Recent Statistics of the Bavarians: The FCB has finished their last Bundesliga season with standing 1st position on point table. After completing 2015/16 Bundesliga season, they have already played five friendly matches where two of them were part of International Champions Cup 2016. Among those last five matches, they lost only one against Milan by penalty shoot out which was one of the two ICC competition. Let’s see their last five match statistics below.

# Recent Statistics of Vikings: Unfortunately the Vikings did not won the La Liga title in last season where team Barca won the trophy dramatically. But still the are the Champions League champion where they defeated Atletico Madrid. They only played two pre season tour matches in this summer in ICC 2016 where they lost one against Paris Saint Germain by 3 – 1 goals. Though, they have won their last match against Chelsea by 3 – 2 goals. Here we present their last five matches result below.