Belgium still played 6 matches in this UEFA Euro 2016 qualifier round where won in 3, drawn in 2 and lost in 1. Though Belgium called the dark horse of FIFA world cup 2014 and possible Group Champions of Group B but Wales beating them in point table. Right now Belgium standing on No. #2 by collecting 11 points but still they need to do well in next matches cause Israel, Cyprus & Bosnia-Herzegovina collected close amount of point. 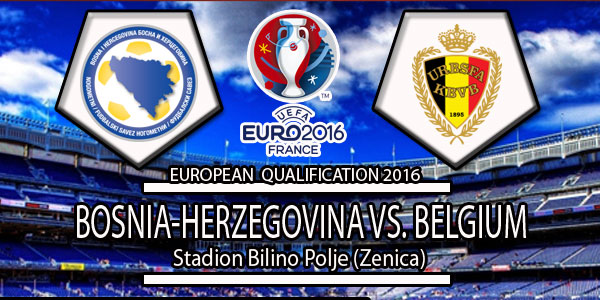 Match between: Belgium Vs Bosnia-Herzegovina

As most of the Belgium national team footballers playing in top clubs of England, Spain & Italy, they have a good combination and goal scoring skill. Bosnia and Herzegovina also in form and have enough capability to stop Belgium. Lets see what happen.