Coach Gerardo Martino give rest to the most of in form footballers of Sky blues including Mascherano, Pastore, Nicholas Gaitan, Marcos Rojo and so. Messi also out of starting XI but came in field in 46 minute. Three goal before the finish of 1st half make sure the win for Argentine team. Goal came from Erik Lamela’s free kick, just on 13 minute. 2nd goal of the match scored by Lavezzi within next 2 minute of the 1st goal. 32′ goal by Cuesta was much more enough to ensure win for the team.

Goals and exciting moments highlights of this match … 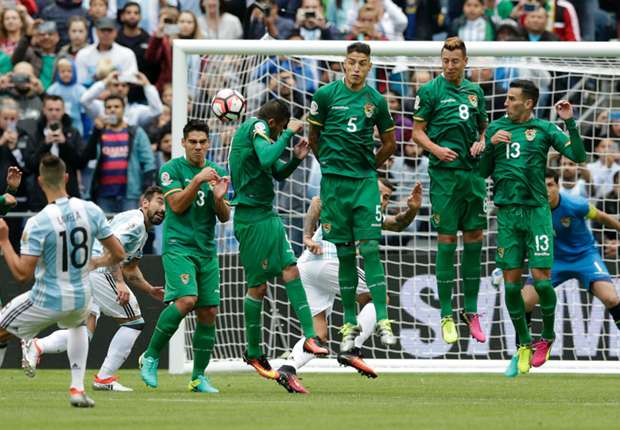 Team Argentina is currently standing on top position according to FIFA ranking and playing in the centennial event of Copa America 2016 as a top contender. They are also one of the most successful team where they won the title of CA fourteen times which is the second highest.

Team Argentina is one of the ten CONMEBOL teams in running Copa America which 45th season has started in 3rd June, 2016. Argentina is placed in group D and other three group mates are Chile, Bolivia and Panama. Each team will have to play three matches against rest three group mates. Argentina has played two matches already. One was against Chile where they defeated Chile by 2 – 1 goals. The legendary captain of Argentina Lionel Messi did not play their first match due to back injury. But also without him, Argentina did not face any problem to win. And in second match against Panama, they have just destroyed Panama by 5 – 0 goals where Messi has got three consecutive goals. Though he joined the field in 61 minutes in the match. But he again has showed his capability though he was not completely fit.

However, Argentina has confirmed their ticket to knockout round and now they will try to be group champion. They are scheduled to play their last group stage match against Bolivia in next 14th June, 2016. Team Bolivia has lost their first two matches and which why they already knocked out from Copa America 2016. According to the formality, they will have to play their last match against south American giant team.

# Preview: This two team played their last group stage match against each other in upcoming 14th June, 2016 at CenturyLink Field, Seattle. This arena is situated in Seattle, Washington. It is one of the biggest stadium in United States with 69,000 seats capacity and also there are 111 exclusive suites. It was first opened in 28th July, 2002. The match between Argentina Vs Bolivia will be the 24th match of this tournament.

# Head To Head: They totally played against each other 37 times before where Sky blue’s won 26 times and Bolivia won six times. Rest five matches were drawn.

# Teams Lineups: Argentine team naturally paly with 4 – 2 – 3 – 1 formation. Sergio Romero will be the possible goalkeeper where the possible defenders are Rojo, Mercado, Otamendi and Ramiro. Mascherano, Fernandez, di Maria, Banega, Gaitan would probably be the attacking midfielder or winger. The team will led by Lionel Messi and Higuain or Aguero will be his assistant.

Team Bolivia will play with 5 – 4 – 1 formation. Their main striker would be Duk and Lampe will be their goalkeeper.

# Prediction: Perhaps it would be just only matter of time that Argentina will destroy Bolivia with their super fast attacking style. So the prediction will be ARG 4 – 0 BOL.