It was a great match as both team performed very well. Though BVB was the favourite of match as it was held in Germany and they have opportunity to keep them ahead into the first leg. First goal of the match scored by Belgian forward Divock Origi on 36 minute and half time result was in Liverpool’s side. Within 3 minute of 2nd half, German national team defender Hummels made the score level for BVB.

Liverpool will play the first leg match of quarter final of Europa League against Borussia Dortmund. The match will be held on 7 April 2016 at Signal Iduna Park, Borussia on this week. BVB won against Tottenham Hotspur in round of 16 matches and they are the tournament favorite this year. On the other hand, Tottenham beat Liverpool in the English premier league very comprehensively and that’s why Liverpool don’t want to repeat those mistakes again. Liverpool have the reputation of doing well against attacking team and they have to work more with their defense. Liverpool striker Christian Benteke, Joe Gomez, Danny Ings and Jurgen are back from the injuries and ready to enter in the squad. Klopp has return to Borussia Dortmund as manager after departing in May 2015. Klopp said it is very important game for him, he was the Borussia manager for 7 year and he is feeling lucky to be there. Dortmund have many star players like Marco Reus, Henrikh Mkhitaryan and Pierre-Emerick Aubameyang. Klopp knows all their strengths and but he’s also know their weaknesses also. Klopp is working with his team to recover their weakness. 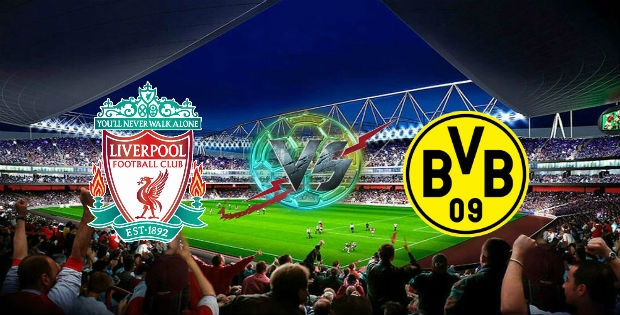 Match between: Liverpool vs Borussia Dortmund

Prediction: both team are equally strong and both have many star footballer, so it will be a competitive match of champions league quarter final. BVB will be the possible winner of this match and possible score will be Borussia Dortmund 2-1 Liverpool.