English giant Chelsea and other English club Bristol Rovers are going to compete in EFL Cup 2016/17 where they are scheduled to fight against each other in next 23rd August, 2016 at the home ground of Chelsea Stamford Bridge. It will be the 57th edition of EFL Cup. 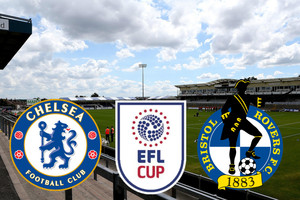 # Venue Details: The upcoming competition between the Blues and the Pirates will be hosted at Stamford Bridge which is also known as The Bridge. With 41,663 seats capacity, it is the 8th largest stadium in EPL. The ground capacity would be extended to 60,000 within few years. It is the current home venue of the Blues since 1905.

# H2H Details: Though, Chelsea is one of the top tier of English Premier League and Bristol Rovers usually competes in League One which is the 3rd largest professional league in England. So, they did not have got any opportunity to play against each other before. So, upcoming match will also be their first competition.

# Best XI of the Blues (Possible):

# Best XI of the Pirates (Possible):

League One contender Bristol Rovers would probably be the no match for four time EPL title winner Chelsea. However, the Blues have plenty of talented players and also their manager Antonio Conte would probably use 4 – 5 – 1 formation. Besides, Kante and Matic would be their key players along with Hazard and Costa. All of them are in good form now and Costa and Hazard got goals in their last match against West Ham United.

On the other hand, the Pirates is led by English defender Mark McChrystal. Also they have some famous players but their statistics does not match with the Blues. Bristol would probably use four forward in their upcoming match like before.