Another successful match by Paris Saint Germain where they destroyed Caen by 6 – 0. After losing in Champions League Quarterfinal against Manchester city, PSG didn’t loss their patience and did well in Ligue 1 match. Within first half Ibrahimovic scored only goal for the Parisians on 12 minute. But into the 2nd half, PSG become fire and most of their forwards & Midfielders scored goal for them. Angle Di Maria, Edinson Cavani, Maxwell, Matuidi goal ensure win for PSG once again.

Paris Saint Germain lost against English club Manchester city into the Quarterfinals of UEFA Champions League but their satisfaction is this french No. #1 club is already confirmed their league title of this year for Ligue 1. Every matches of the Parisians is now like friendly match and they will play against Caen in next which match held on 16 April 2016 at Parc des Princes stadium the home field of the Parisians. Into the last Ligue 1 match PSG defeat Guingamp by 2 – 0 where Moura scored 2 goals that help the champions to win the match. Before that match they lost against Monaco by 2 – 0 but that’s can’t affect their ranking at all. Swedish forward & No. # superstar footballer of Ligue 1 Zlatan Ibrahimovic scored 21 goals in 26 matches during this season 2015-16 in Ligue 1 and he is definitely the key factor for this match as well. PSG defeat Caen in first leg match of the tournament by 2-0 and Ibrahimovic scored one goal for the Parisians. Caen on the 9th position in standing table and into their last match, they made drawn against Monaco by 2 – 2. J. Feret and C. Kouakou scored goal which was a great match by Caen surely which gave some confidence to this club. 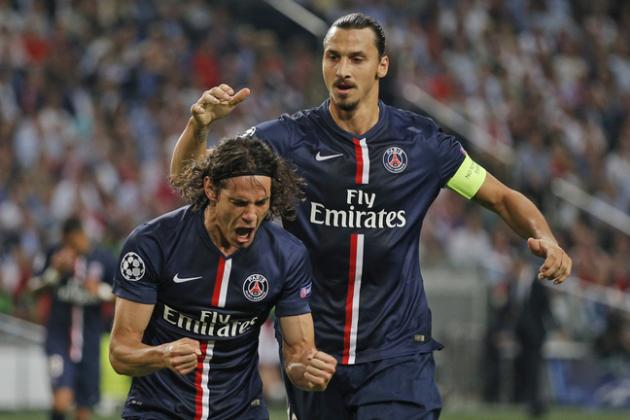 Match between: PSG Vs Caen

Prediction: There is no doubt PSG is the favorite on this match. In front of home crowd, they don’t want to lose this match. PSG can easily win this match and possible score is PSG 3 – 0 Caen.