Huge FCB fans eagerly waited to watch their superstar Lionel Messi after a big shock in Copa America Centenario 2016. After losing against Chile, this Argentine announce his early retirement. However, he joined Nou camp few weeks back and started training with club mates. Everyone surprised by new look of Leo with white hair style. He played well but can’t able to goal. Arde Turan & Munir scored goal for Barca. Rest of the goal happen by Celtic defender Ambrose which own goal keep forward Catalans by 2 – 0. Only goal for the Scottish club done by Leigh Griffiths.

The Aviva Stadium is ready for the International Champions Cup match of Celtic and FC Barcelona. The pre season tour match between the sides was announced on July 30 Ireland’s national stadium at a press conference. The tournament sees major teams from  Italy, Spain, Germany, England, France and Scotland meet across the world in huge stadiums for pre-season action. English Premier League champion Leicester invited this year to play in this season’s running of the tournament European giants Bayern Munich, Real Madrid, and Paris Saint-Germain also participating on the tournament.

Match between: Celtic vs Barcelona 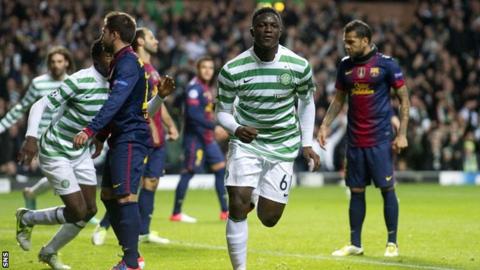 Barcelona won the last year La Liga championship but hey missed the Champions league title. Gerard Pique Barca defender ready for the action after injury, Pique not playing last few match of league for suffering a foot injury. Carles Puyol, Adriano and Thiago Alcantara, are still missing through injury and Sergio Busquets is on suspension. Barcelona Brazilian star Neymar Jr not playing on the tournament due to duty and Luis Suarez also not available for Injury problem. Bhoys will be desperate to show their efforts before a new season.

Celtic’s Scottish Premiership champions of Scotland, they have the ability to challenge their opponent. Leonardo Fasan has been affected by injury problems, Izaguirre was out form the squad last six weeks for hamstring injury, Thomas Rogne also out from the squad for last weeks, but now they are fit and may chance to play next match. There is more injury issue on the squad strikers Gary Hooper (hamstring), Winger James Forrest (hamstring), Lassad (groin) can missed game against the Catalan giants due to injury problem.

Prediction: Winning prediction goes to Barcelona, they would be won with a big difference and possible score would be Celtic 1 – 3 Barcelona