It was just another exciting match of 1st week and it’s prediction was really tough as well. Finally, Conte’s team defeated the hammers by 2 – 1 but one of the goal came from penalty shoot. Yes that was a great chance for the blues on 45 minute but Michail Antonio tried to stopped the forward by force. Belgiun star Eden Hazard don’t give any chance to goalkeeper and scored first goal for his team. Welsh defender James Collins guide WHU on 77 minute to give back the goal. Finally the Hero become Diego Costa by his winning goal on 89 minute.

Penalty helped the blue lions this time to draw against the hammers. Basically, WHU played far better than the blues in this match and the win was expected for them. First goal of the match scored by Argentine forward Manuel Lanzini just on 17 minute which was an outstanding goal by this young start of West Ham. Fabregas made the score level by 1 – 1 on 45’+3. Andy Carroll’s 61 minute goal made the possible result of the match but penalty chance of Chelsea saved them this time.

Chelsea in deep trouble still now and can’t recover the pressure yet. 9 matches of English Premier League and the defending champions standing on 10th position. If they win all rest of the matches, have chance to take place in best 5 still now. But the performance of the blue lions still sallow. Played their last matches against the toffeemens where lost by 2 – 0. This kind of performance made frustrated to it’s fans and shame for the teams as well. Coming soon another big challenge for the blues in front of West Ham United those are standing on 5th place and winning most of the games. In last 6 matches, the hammers didn’t lose any of them which help them to keep ahead in Barclays Premier league SPT. 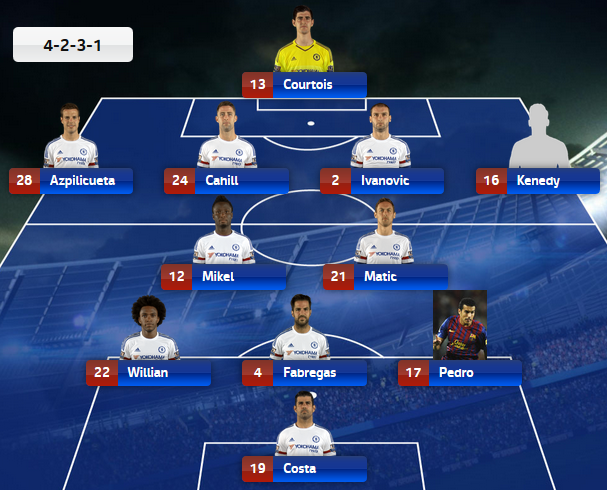 This two English team played 104 matches in total in history where the blues won in 47 and the hammers on 38. Winning statistics and records is very close to each other which can mention that how much big game is going to happen on in 19th March.

In the last match on 24th October, french west ham mid-fielder Dimitri Payet played vital role for his team though goal scored by Mauro Zarate & Andy Carroll. Though Gary Cahill’s goal was satisfaction for Chelsea but that was not enough.

In this season, the blues played their best match against Man city where won against them by 5 – 1 and tried to cover their ranking on point table but started to lose again by the Champions League match.

Right now the Blue lions have skilled footballer like Pedro, Costa, Fabregas, Willian in forward but how acting like this poor football, it’s really imaginary for the fans and the football world. Few months back, peoples need to think about the next year participation in Barclays Premier League as well.

Do you watch the last match goal of Dimitri Payet against Manchester United ? it was simply glorious and just another best goal of this season. Just before the finishing of the league, this kind of performance is extremely a good signal for team hammers surely.

As it will held on Stamford Bridge, that’s why Chelsea’s have little bit more chance to do well. But our editorial prediction of this match is 1 – 1 draw.