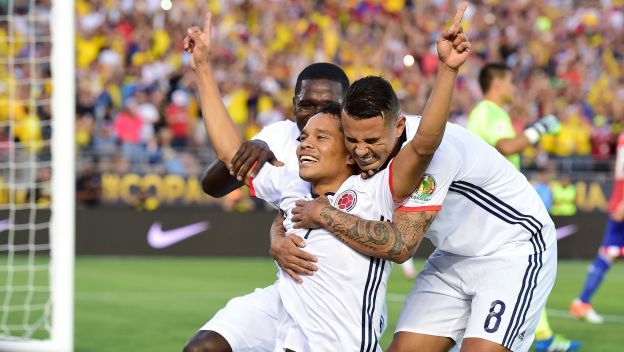 Excellent football and world class performance by the Colombian once again at United states ground. After win against USA, the team of Jose Pekerman became confident enough which encouraged them for this Copa America Centenario journey. Definitely to win a match against Paraguay was a big challenge for Jame Rodriguez. But finally their superstar forwards goal helped them to qualify for the quarterfinal by keep one match in hand.

Team Colombia has won their first match in centennial event of Copa America 2016 against Host nation United States where they have scored two goals. Zapata has scored one goal at the eight minutes in first half and James Rodriguez has scored one goal by penalty in 42 minutes. On the other hand, team United States did not score any goal. So, Colombia is much closer to the next round than rest of the group mates. They just need to one more win and they will try to do it in upcoming match which is scheduled to stage in next 7th June, 2016 at Rose Bowl against Paraguay. They want to keep their winning streak. On the other hand, team Paraguay has drawn their first match against Costa Rica. So, there is no other way but to defeat Colombia in next match which is now their first priority.

As stated by the previous statistics of the match between Colombia and Paraguay, they totally met 42 times where team Colombia won 19 and Paraguay won 17 times. 6 matches were drawn.

Here we provide below their possible next eleven squad for their upcoming most important match.