Match result become draw but it was a good game surely cause both team made more opportunity to score and defenders saved very well. It should be call the best match of the day. Though Costa Rica mentioned as the favourite cause of host city in USA but Paraguay team performance as like the previous Copa America tournament, they stopped Costa Rica successfully.

Costa Rica and Paraguay will face each other in next 4th June, 2016 in Copa America Group A which will be the 2nd match of the most prestigious south America football competition. Total sixteen teams are participating here where they are divided into four groups and each group contains four teams. Each team will have to play three matches with rest of the group mates and top two point holders will qualify for next round. 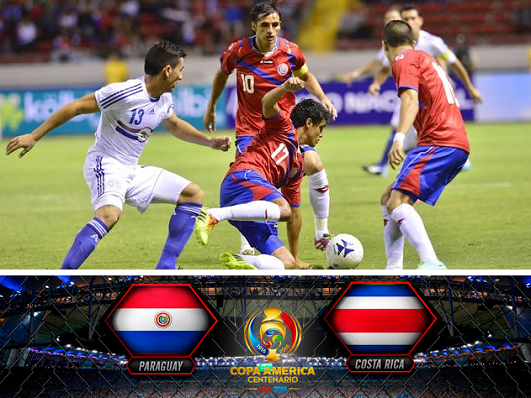 In 1st match of the tournament Colombia defeated United States by 2 – 0 goals. So, there is a chance for both two teams Costa Rica and Paraguay to qualify for next round. So, their next match will be contesting hopefully. Let’s see their upcoming match details below.

Paraguay and Costa Rica previously met eight times where both of them won three times each and rest two matches were drawn. So, it is quite difficult to say who is the favourite between them.

Here we present below their possible best eleven squad which will help you to find the favourite teams between them.