Very good start by the Eagles against a renowned club of England. Huge audience watched this game from Portugal and England. But the strikers & midfielders of SLB simply shocked the dream of club of Derby. Every goals by the Eagles was excellent to enjoy. First goal of the match scored within 15 minute which keep ahead Benfica and make confident. Though half time finished with 1 – 0 goal and having scope to make difference into the 2nd half and the eagles successfully done it and ensure 4 – 0 big win over FCDC.

Benfica vs Derby County club friendlies schedule confirm on Saturday, 16th July at  Estadio do Sport Lisboa stadium. It is the first time in history the both party going to battle each other. Benfica home ground will host the match and the Portuguese fans are very excited to watch the match. 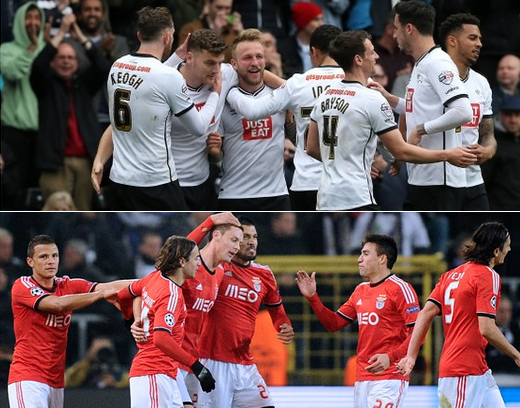 The English club Derby County which is usually known as the Ram, will be coached by Nigel Pearson and the Irish Defender Richard Keogh will lead the team on the game. Last season they finished the Championship trophy as 5th position holder. On the other side the Portuguese club S.L Benfica which widely known as Benfica will be led by Luisao, a Brazilian defender. The match anticipated very entertaining and enjoyable. Here the match info in below.

The last five matches result was damn good of SLB. The Eagles consisted unbeaten performances last April and the average score of the club on last five events 3. The emmidiet last game against CS Maritimo Funchal on 20th May, Benfica recorded with a outstanding performances by 6 goals. It was a big win for the club. On 15th May Benfica overcome one more big win agaist CD Nacional Funchal with 4-1 score. Apart of them they also defeated Sporting Braga and Victoria Guimaraes football club by 2-1 and 1-0 score respectively. If we compare Derby county’s last matches with the Reds it seemed too poor performance at all. They got only one win against Hull City out of their last five matches. Other four result consider as  Draw and lost by 2-2. So, it will be not so difficult to overcome the win against Derby County for Benfica.