Another win of FCB against Eibar by 4 – 0 and keep continue their ranking on top position in La Liga table. Barca started this match as a favourite and this kind of result was expected. Munir scored first goal for Barca just on 8 minute. More important thing for FCB to achieve goal for Lionel Messi and he did. 41′ goal and 76′ penalty shootout goal by Argentine forward keep ahead Barcelona by 3 – 0. It was not all finish, another goal on 84 minutes scored by Luis Suarez and ensure 4 – 0 win for FCB. By winning this match the team of Luis Enrique make 72 point in total and keep them one step ahead to win another league title. 2nd team Atletico Madrid is 8 point far from this giant right now. May be Real Madrid don’t have any chance right now to compete Barca in this situation.

Possibly FC Barcelona going to win another La Liga title in this season 2015-16. After playing 27 match in total lost in only 2 matches and collected 69 points which standing them in 1st position in point table. Their regular competitor Real Madrid 12 point far from them and in 3rd position. Most important issue for Barca is they are going to win regularly. Their forward Messi, Suarez & Neymar combination simply destroying every clubs. Barcelona going to play another match against FC Eibar on 6 March, 2016.

Performance of Eibar was extremely bad in last season but in this year, this spanish club playing good football and keep them on 8th position in point table.

Match between – FC Barcelona Vs Eibar

Replay Video Highlights will be available just after finishing of the match .. 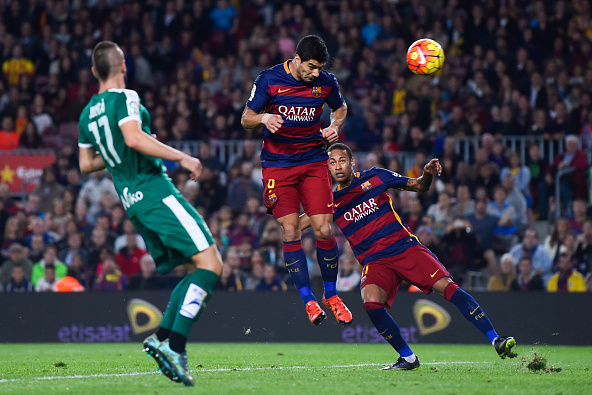 In every matches, there have 2 goal difference which mentioned that FC Barcelona is 100% favourite in front of this another Spanish club.

Though Eibar started this season very well and had opportunity to something very special but their straight losing in every matches simply damaged their dream. Their losing against Las Palmas, Celta Vigo, Malaga was not expected in this season. In this match against the giant of Spanish La Liga, Eibar should play defensive football and stop the MSN trio as well.

To win this match is important for FCB as well cause Atletico Madrid is going to very close to them. Cause of win in every events, FCB is more confident against Eibar surely.