Great surprise for the English fans by their national team. They won against World Champion Germany by 3 – 2 in Friendly international match. Germany isn’t played with their best XI but the team was enough strong to face England. From the beginning of the match DFB Eleven was much more aggressive. Toni Kroos & Mario Gomez’s 43′ & 57′ goal made the score 2 – 0. First goal for the English team scored by Tottenham Hotspur forward Harry Kane on 61′ which gave energy to the team a lot. Leicester city young forward Jamie Vardy make the score level on 74′. Final finish done by Eric Dier on 90′ + 1. Danny welback supported his team by assist two goal.

Media mentioning this Germany – England friendly international is the biggest football match of the month. Yes, it’s true but couple of more entertaining event will held on during this week. English channels indicating the team of Wayne Rooney as favourite of this match as well. Though most of European media already voted for the World champion as the favourite of this tournament. Football predictors thinking that English national team would destroyed the 4 times WC winner as well. Few days back, the Mirror released a feature about “Who will pick best XI of England ?” and focused on lots of in form players of them in Premier league. Actually, they are doing well but the most surprising issue is that England national team can’t doing well in big tournaments from a long time. As it’s friendly match, having more chance for the three lions to defeat World champions. DFB Eleven is most rough and tough team of this time being those would simply play video games against the England team in own ground as well.
Match details:

Match between: England Vs Germany 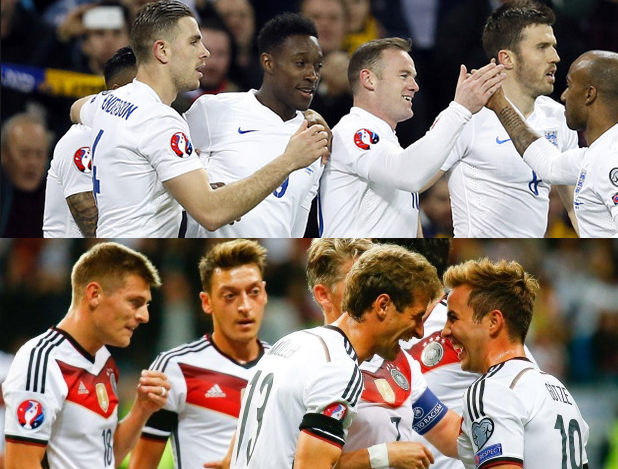 Host nation is always get extra support from the crowd which will give more energy to German footballers during the match. On the other hand, definitely we should keep ahead German team cause of their recent performance as well.