The reds were much more confident against this club of Lancashire as they still can’t able to proof them as a leading club in England. It was a easiest game for FCL and it should be call a great start by the team of Kloop. Good sign is Lucas & Firmino scored goal for the team as well.

Fleetwood Town is commonly known as the Fishermen which is the second division football club in England. They did not get opportunity to compete in English top flight Premier league but they have got opportunity to play against an English giant club named Liverpool in upcoming 13th July, 2016. Though, Liverpool did not win any Premier League title yet but also it is now considered one of the top contender in EPL and also the most popular club in the world. In last Premier league season, they did not play well enough. So, they are desperate to do better performance in upcoming season. Besides, before the next season start, like all teams, Liverpool also play some friendly matches. Their next match against the Fishermen will be a part of it. 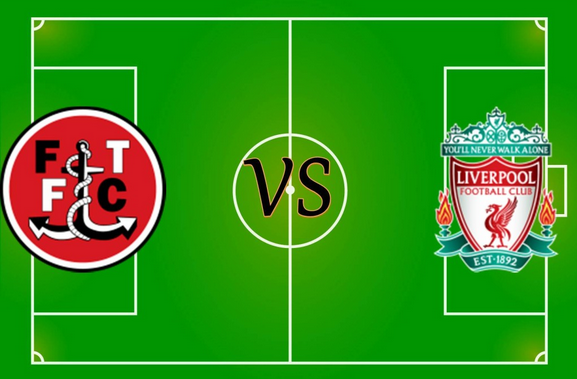 # Preview: English giant Liverpool will play their next match against League One football club Fleetwood Town in next 13th July, 2016 in Wednesday at 07:00 PM (BST) which will be the club friendly match. The match will be placed in the Fishermen’s home ground Highbury Stadium. This ground is located in Park Avenue, Fleetwood where Wyre Borough Council is the current owner of this team. It has 5327 capacity and field surface is Grass. It was founded in 1939.

# Last Statistics: If we look to the past few matches results of both teams, Fleetwood won only one matches out of last six matches where Liverpool won three. Liverpool lost one and drawn two where Fleetwood lost two and drawn three. Though, Liverpool had a number of talented players but they failed to become top in Premier league in Last 2015/16 season where the finished the season with 8th in ranking.

On the other hand, the Fishermen is currently standing in 19th position of League One point table. The club was founded in 1908 which has made them one of the oldest English club.

# Teams Lineup: Jurgen Klopp is the current manager of the Reds. English midfielder Jordan Henderson is the recent skipper of the team. They have collected some talented players for upcoming season. Brazilian playmaker Philippe Coutinho is one of the as the most potential player and selected Player of the Season for two consecutive season. Sadio Mane is a famous striker of the Reds. Roberto Firmino, Sadio Mane and Christian Benteke would probably be their main attacker in upcoming match.

Scottish Steven Pressley is the current manager of the team the Fishermen. English defender Nathan Pond will lead the team. David Ball, Devante Cole and Bobby Grant would probably their trump card in next match.