Excellent performance by the team of Jose Mourinho. It was the first match by the best XI of MU. They have newly hired Zlatan Ibrahimovic, English star Wayne Rooney, French icon Anthony Martial & Dortmund coming Armenian star Mkhitaryan. Outstanding forward and experienced lineup started 2016-17 season nicely. Though the team of Mourinho lost against Borussia Dortmund in China where they don’t have star footballers. This come back is sounds good performance of this English club in Premier League. The red devils fans should expect another title right now. Most important thing is, their attackers able to score. PSG coming Swedish star Ibrahimovic scored a goal within 4 minute of the game which was a tremendous skill to watch. English fans simply surprised and enjoyed his goal. Gumus & Bruma’s goal made the score 2 – 1 and keep ahead Galatasaray before the finishing of half time. Mourinho fall in under pressure but his soliders proof them in 2nd half. Rooney, Fellaini & Mata guide Man utd to ensure big win over the most richest club of Turkey.

The red devils going to play friendly against the Turkish giants Galatasaray in Sweden on July 30, Jose Mourinho add one more match to United’s pre-season schedule – with the club Galatasaray in Zlatan Ibrahimovic’s homeland.

Match between: Manchester United Vs Galatasaray 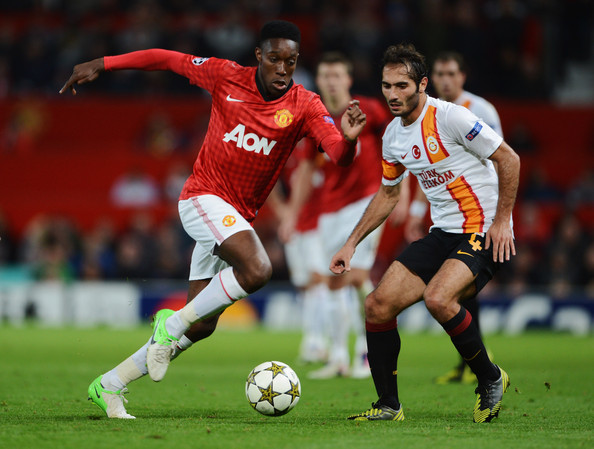 Zlatan Ibrahimovic a chance debut with new club on home turf. Ibrahimovic sign with United after expiry of his contract with Paris Saint-Germain, he sign a one-year contract with Manchester United. United taking on Galatasaray at the Ullevi Stadium (43,000). The Red Devils’ final played International Champions Cup match against Borussia Dortmund on 22 July and Manchester City on 25 July. After this match United will face Everton at Old Trafford on Aug. Wayne Rooney’s practice match before facing Leicester on August.

Galatasaray is one of the successful Turkish club. They have record 51 domestic titled, 20 Super Lig titles and 17 Turkish Cups . they participated in all edition of the Turkish Super Lig from 1959. But last season was not good for the CimBom they finished at 6th place of the tournament.

United vice chairman Ed Woodward said we have valuable combination for domestic and overseas match. Playing match with number of countries incise tremendous fans and give opportunity to watch their favorite team play, and most important thing is number of matches gives coach and team to prepare for the upcoming season.

Prediction: Manchester United should win with a big difference, possible score is 3 – 0.